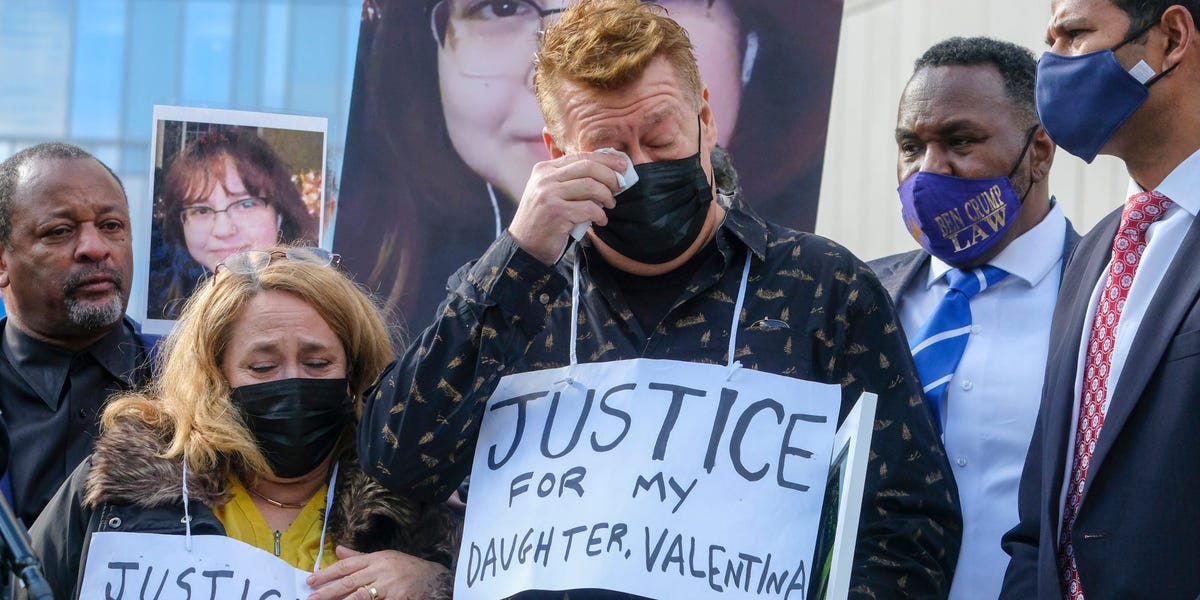 The Los Angeles Police Department on Thursday identified William Dorsey Jones Jr. as the officer who killed a 24-year-old assault suspect and 14-year-old Valentina Orellana-Peralta during an incident at a North Hollywood store last week.

A lawyer for Jones, 42, did not immediately respond to Insider’s request for comment but told The New York Times Jones is on paid administrative leave while the LAPD investigates the incident.

The lawyer, Leslie Wilcox, told The Times Jones was surprised by anger directed at him, “as if Valentina’s death was intentional, or reckless on his part, which it was neither.”

Orellana-Peralta was killed when LAPD responded to a report of a man assaulting people with a deadly weapon in a Burlington Coat Factory. Upon arrival, police witnessed the man assaulting another person and opened fire, LAPD told Insider.

The suspect, Daniel Elena Lopez, was shot and killed. Orellana-Peralta, who was hiding with her mother in a dressing room during the confrontation, was struck by a bullet that police said ricocheted off the floor.

According to The Times, Jones started a nonprofit in 2020 called “Officers for Change” to improve the relationship between police and the community. Jones, a Black man, also spoke about being a victim of racism and using his position as an officer to advocate for change.

“I’m a Black man, I’m the father of a Black son,” Jones wrote on Twitter in August, according to digital archives viewed by The Times. His digital presence has since been wiped clean.

“I’m the LAPD. I have the power & determination to affect CHANGE in the community.”

In 2020, Jones’ alma mater, the University of Lousiville,  interviewed him. The post has since been removed from the site, but Insider retrieved an archived copy of the story.

“Being an African American police officer and from Louisville has given me a very unique perspective,” he told the outlet. “During the current social climate, I realize the opportunities that I and all others have living here in the United States have been blessed with. The access to education is a luxury that others around the globe don’t have, and many of us minorities don’t take advantage of.”