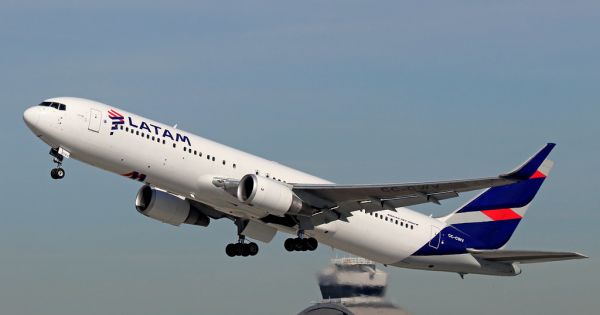 LATAM has programmed a weekly flight on Wednesdays leaving Guarulhos, Sao Paulo at 09:30 AM and landing in Mount Pleasant Complex at 2:30 PM. The return trip leaves MPA at 4:30 PM arriving at Sao Paulo at 9:40PM.

The aircraft flying to the Falklands will be a Boeing 767-300ER, with a 238 passenger capacity.

According to Aeroin, the Brazilian authorities are waiting for the Falklands’ government to determine the sanitary recommendations for travelers flying to the Islands. Until all sanitary requirements are clearly displayed and agreed the sale of air fares remains standstill.

However Aeroin also points out that this is not the first time the resumption of flights have been requested by Latam Brazil, but so far have also been suspended.

According to the UK/Argentina/Falklands understanding the Sao Paulo/MPA fight must once a month call at the Cordoba airport in Argentina. A similar situation exists with the also suspended weekly Latam flight from Punta Arenas, Chile to MPA. The Saturday air link once a month must call at Rio Gallegos.

However since March 2020, when the Covid-19 pandemic officially was recognized both flights to Brazil, and Chile were suspended. Since then the only air link of the Falklands overseas has been the South Atlantic Air Bridge, from Brize Norton with an RAF Airbus 330-200