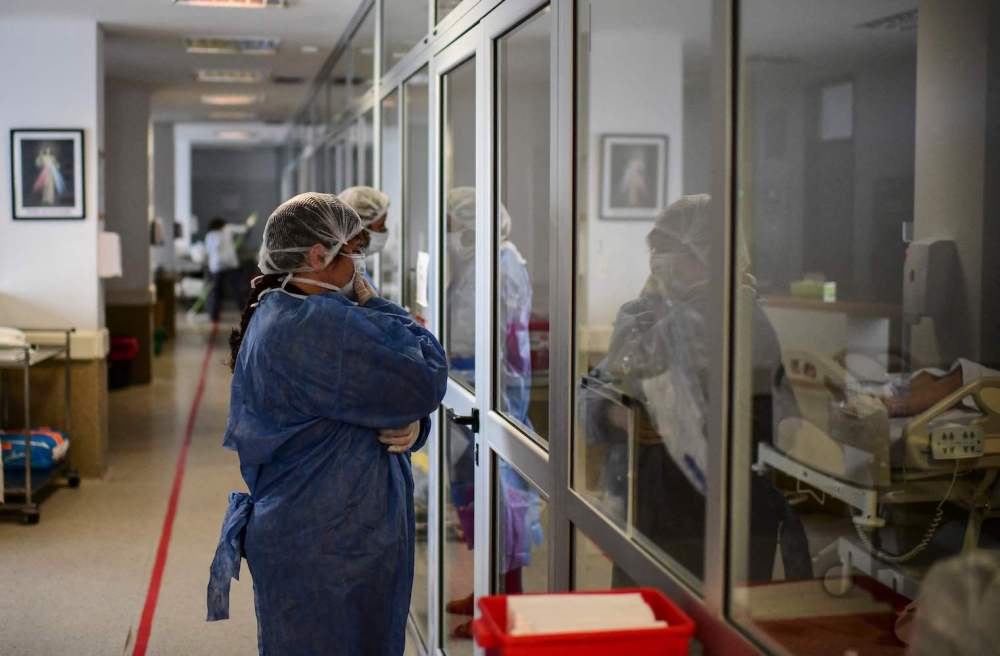 The highlights this week: How Latin American countries are recalibrating their vaccine strategies amid deadly COVAX delays, Washington opens climate negotiation channels with Brazilian governors, and favela funk at the Tokyo Olympics.

If you would like to receive Latin America Brief in your inbox every Friday, please sign up here.

Last week, Paraguayan President Mario Abdo Benítez spoke with unusual candor about the problems plaguing the world’s only multilateral mechanism for equitable COVID-19 vaccine distribution, COVAX. “COVAX did not work,” he said of the initiative, operated jointly by the World Health Organization (WHO) and two nonprofits.

Last October, Paraguay made its first payment for an order of 4.3 million vaccine doses from COVAX, which was designed to get countries better prices than deals reached directly with manufacturers. But COVAX had only delivered the country 340,800 doses by the end of July. As of the most recent official data on July 25, just 4 percent of Paraguayans had been fully vaccinated.

“We bet on the COVAX mechanism to generate equity,” Abdo Benítez said. “I have to say it with pain. I cannot stay quiet.”

Globally, COVAX is running half a billion doses short of its delivery goals. Though one of its architects said COVAX aimed to “ensure that ability to pay does not become a barrier to accessing [vaccines],” the opposite appears to have occurred. Vaccine-makers have been reluctant to sell to COVAX, and wealthy countries bypassed the initiative to scoop up much of manufacturers’ available supply in direct deals. And there has been little technology transfer to expand global vaccine production, meaning that a delay at one plant can cause huge backups that ripple around the world.

Global vaccine distribution has overwhelmingly functioned according to the preferences of pharmaceutical companies and wealthy countries, rather than through an equity-based system. Though the United States, the largest vaccine donor to date, says it allocates doses based on criteria aimed at saving lives, it is doing so at a scale that is a mere one-hundredth of what the WHO says is necessary to get the pandemic under control globally.

Seeking new supply. With its COVAX shots delayed, Paraguay has secured new contracts with Pfizer and Moderna. The Dominican Republic, which also complained about COVAX delays, increased its orders from China’s Sinovac.

These moves have come with their own challenges. An official from Paraguay, which diplomatically recognizes Taiwan, said a subsidiary of Chinese manufacturer Sinopharm canceled a vaccine contract for “geopolitical reasons,” while Pfizer reportedly pressured Latin American governments to sign over unprecedented sovereign assets as guarantees against the cost of potential lawsuits.

Countries have also slowly worked to build local production capacity. A plant in Argentina had its first full course of locally produced Sputnik V doses approved for quality this week. Cuba is exporting its homemade vaccine Abdala to Venezuela and may soon send it to Bolivia, while Brazil’s Butanvac and Mexico’s Patria shots are in clinical trials. On Wednesday, Chile announced plans to build a plant that will fill and finish doses of Sinovac’s vaccine.

At the request of the Community of Latin American and Caribbean States, the United Nations’ Alicia Bárcena presented the group with a road map to strengthening regional vaccine access at its annual meeting last week. It includes collaborating on intellectual property (IP) access and bringing more production capacity online.

Weighing compulsory licensing. While negotiations on a special IP waiver for COVID-19 health technologies are stalled at the World Trade Organization (WTO), an existing WTO agreement already permits countries to sidestep pharmaceutical patents and other IP rights in certain emergencies. Chile, Colombia, and Ecuador have passed resolutions facilitating this process in the face of COVID-19.

In Brazil, President Jair Bolsonaro’s executive branch has opposed an IP waiver. But the country’s legislature is in the final stages of approving a bill that would allow Congress to issue compulsory licenses according to WTO agreements, permitting local firms to produce and export COVID-19 vaccines and therapeutics without the patent holders’ consent. Brazil used the threat of such licenses in the early 2000s to pressure pharmaceutical companies to lower HIV drug costs.

The Brazilian bill is backed by groups ranging from AIDS activists and Black activists to center-right senators—a sign of the broad support that remains in the country for this kind of measure.

The cost of current trends. Health experts have warned that, the slower the rate of vaccination around the globe, the more likely it is that new—and potentially more lethal—variants of the coronavirus will develop. The International Monetary Fund (IMF) estimates that a roughly $50 billion push to vaccinate 40 percent of all countries’ populations by the end of 2021 and 60 percent by mid-2022 will bring $9 trillion in global GDP gains.

Continuing vaccinations at their current scale has consequences for political stability and migration, too. For example, more Nicaraguans were encountered at the U.S. southern border in the last three months than in any 12-month period in the last 20 years. Political repression in Nicaragua plays a role in this, but so too does the fact that Costa Rica’s tourism-focused economy, where Nicaraguan migrants usually seek work, remains hard-hit by COVID-19.

Friday, Aug. 6: Protests are expected to occur in Bogotá, Colombia, to call for police reform, emergency income, and the right to demonstrate.

Mexico sues U.S. gun-makers. The Mexican government sued 10 U.S. gun companies in a federal court in Massachusetts, saying they facilitated the illegal acquisition of their weapons by Mexican criminal groups. Mexican gun laws are much stricter than those in the United States; The U.S. Justice Department found that 70 percent of firearms traced in Mexico between 2014 and 2018 came from the north.

While U.S. legal experts called the suit a long shot, it highlights the role of U.S. guns in Mexico’s deadly violence. Mexico City has long called for Washington to better control gun trafficking. 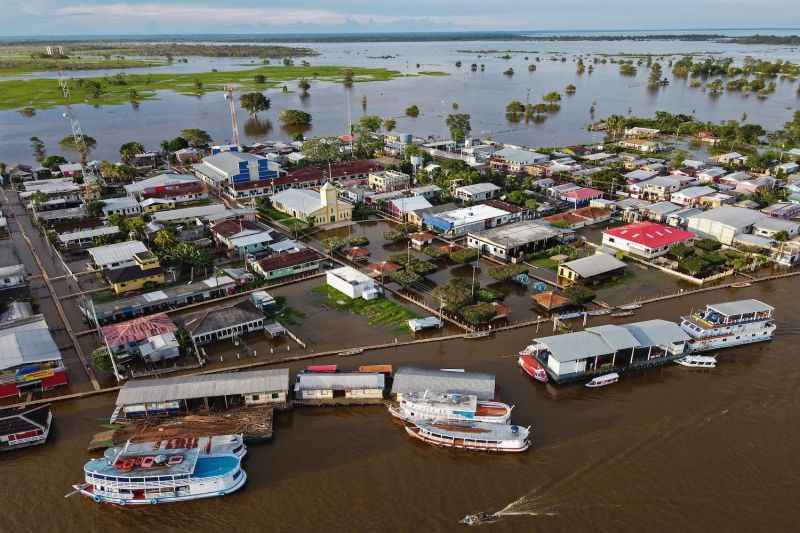 An aerial view of flooded Careiro da Várzea, a town located in the metropolitan region of Manaus, Amazonas State, Brazil, on May 16.MICHAEL DANTAS/AFP via Getty Images

Multitrack climate talks in Brazil. U.S. chief climate envoy John Kerry held the first in a series of meetings with several Brazilian state governors on July 30, establishing a communication channel separate from the federal Bolsonaro administration, which has proved uncooperative on climate commitments.

On Thursday, top White House officials also visited Brasília, where they met with Bolsonaro and the governors. With Bolsonaro, they discussed Brazil’s upcoming contracting process to build a 5G mobile network. Washington has pressed Brasília to exclude Huawei as a 5G provider, arguing that the Chinese government could use Huawei infrastructure for espionage. Huawei is already well established in Brazil and carries significant clout.

Title 42 renewed. Defying expectations, the Biden administration on Monday extended a controversial March 2020 rule providing for the immediate expulsion of undocumented migrants at the U.S. southern border, including asylum-seekers. An exception to the rule will remain for unaccompanied migrant children.

The rule’s official purpose is to prevent the spread of COVID-19, yet many types of tourism from Mexico remain permitted. The rule has resulted in family separations and severe mental health impacts for asylum-seekers, Physicians for Human Rights reported last week.

IMF warning on crypto. Next month, El Salvador will become the first country to adopt the cryptocurrency Bitcoin as legal tender. In a recent blog post, the IMF warned that, as legal tender, Bitcoin and its peers pose risks to macroeconomic stability and to financial integrity, given the risks of use for illegal activity. Though the post did not mention El Salvador by name, the IMF is currently negotiating with its government over a potential $1 billion loan.

Question of the Week

Mexican President Andrés Manuel López Obrador confirmed this week that Mexico will host talks between Venezuela’s government and its opposition, which could begin as early as next Friday. Who facilitated the last such talks, which broke down in 2019?

A. The European Union
B. Norway
C. Peru
D. Uruguay

In Focus: Latin Americanisms in Tokyo 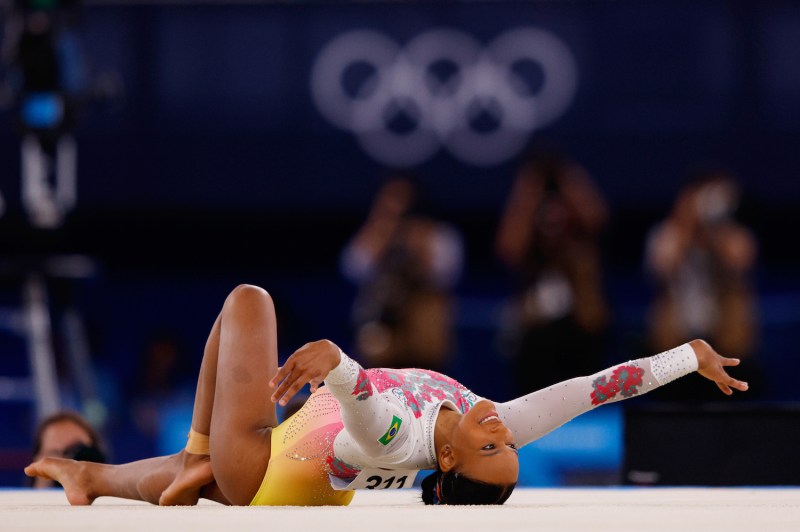 In a stroke of sporting justice, Latin American athletes are having an incredibly strong Olympics after their countries endured health, economic, and political hardships during the pandemic. As of midday Thursday, the Latin American country with the most gold medals was Cuba, which had won five.

Apart from the hardware, Latin American athletes’ behavior both on and off the field provides glimpses of culture and politics from the region.

Brazilian favela funk. Last week, artistic gymnast Rebeca Andrade became the first Brazilian woman to earn an Olympic medal in her sport, winning a silver medal in the all-around and a gold medal on the vault. But she had already won over Brazil through her choreography in the floor exercise. Andrade tumbles to the funk song “Baile de Favela,” a 2015 anthem of urban working-class neighborhoods. Brazilian funk is a genre that has historically been negatively viewed and even criminalized by authorities. “Bringing the culture of funk to the world is incredible,” she told SporTV.

Puerto Rican nationalism. Though it is a U.S. territory, Puerto Rico has competed as its own country at the Olympics since 1948 thanks to an International Olympic Committee ruling. Many Puerto Ricans refer to the island as a country, a reference to its complex history and struggle for political rights, including a decades-old sovereignty movement. They include Tokyo gold medalist hurdler Jasmine Camacho-Quinn, who alluded to the excitement in her “small country” following her win. USA Today edited out her use of the phrase, but it corrected the quote after facing online blowback.

Venezuelan dance moves. To celebrate Venezuelan triple jumper Yulimar Rojas’s gold medal, a fan posted what became a viral thread of different videos of Rojas dancing: to salsa, vallenato, dembow, and drums. “She is also gold dancing,” he said. Rojas’s jump of 15.67 meters broke a 26-year-old world record. Along with three silver medals by teammates—so far—Rojas’s triumph was a rare moment of unity for the country.

Norway was the facilitator of the talks that broke down in August and September 2019, the last round of which occurred in Barbados. For more details about those negotiations, see this overview from the International Crisis Group.