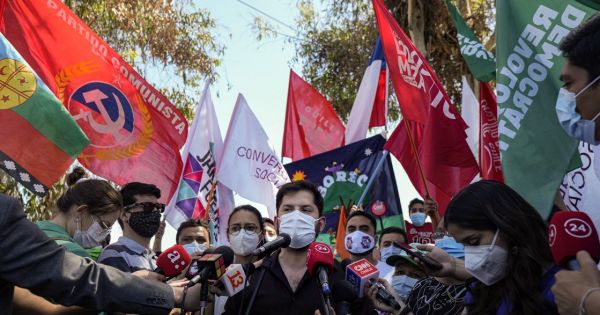 The Puebla Group, a gathering of left-wing leaders from Latin America and Spain held a meeting in Mexico on Tuesday to celebrate the victory of Xiomara Castro in the Honduran presidential election and looked forward to similar triumphs by Chilean candidate Gabriel Boric in December and hopefully Lula da Silva next year in Brazil.

Xiomara Castro will be the first woman president in Honduras history. This is great news, great news for Central America, which has always presented so many social problems, said the ex Spanish president Jose Luis Rodriguez Zapatero at the opening of the forum.

He also expressed full support for the Chilean candidate Boric in the run-off on December 19 with conservative Kast, so that Chile does not return to the painful past

Former Colombian president Ernesto Samper said that the region needs to confirm progressive winds, such as those from Chile and Brazil. But Samper also spoke about his country and next year’s presidential election, not only is democracy at stake, but also the life that is the difference between peace and war.

Paraguay’s ex-leader Fernando Lugo praised the triumph of Xiomara Castro in Honduras, which was transparent and transmitted joy to the whole continent. This mild draught of wind hopefully becomes a hurricane nobody can stop.

The Puebla Group was started in 2019 with the participation of 54 progressive leaders from Latin America, the Caribbean and Spain. On this occasion, some of the outstanding personalities are Dilma Rousseff, former Brazilian president; Rodriguez Zapatero from Spain; ex-presidents from Colombia, Samper; Ecuador, Rafael Correa and Paraguay, Fernando Lugo, among others.

Other participants by video conference included Bolivian president Luis Arce, Lula da Silva from Brazil and Argentine president Alberto Fernandez who called to work to recover the logic of a product development for the whole of Latian America, and proposed following the path of Liberators such as Artigas, O’Higgins, San Martin, Bolivar, Sucre, of all those great men who made us free and united our Latin America. He ended by saying that if after all that happened, what we are going to do is repeat history, then we won’t have learnt a thing and future generations will remember us as those who failed them”.