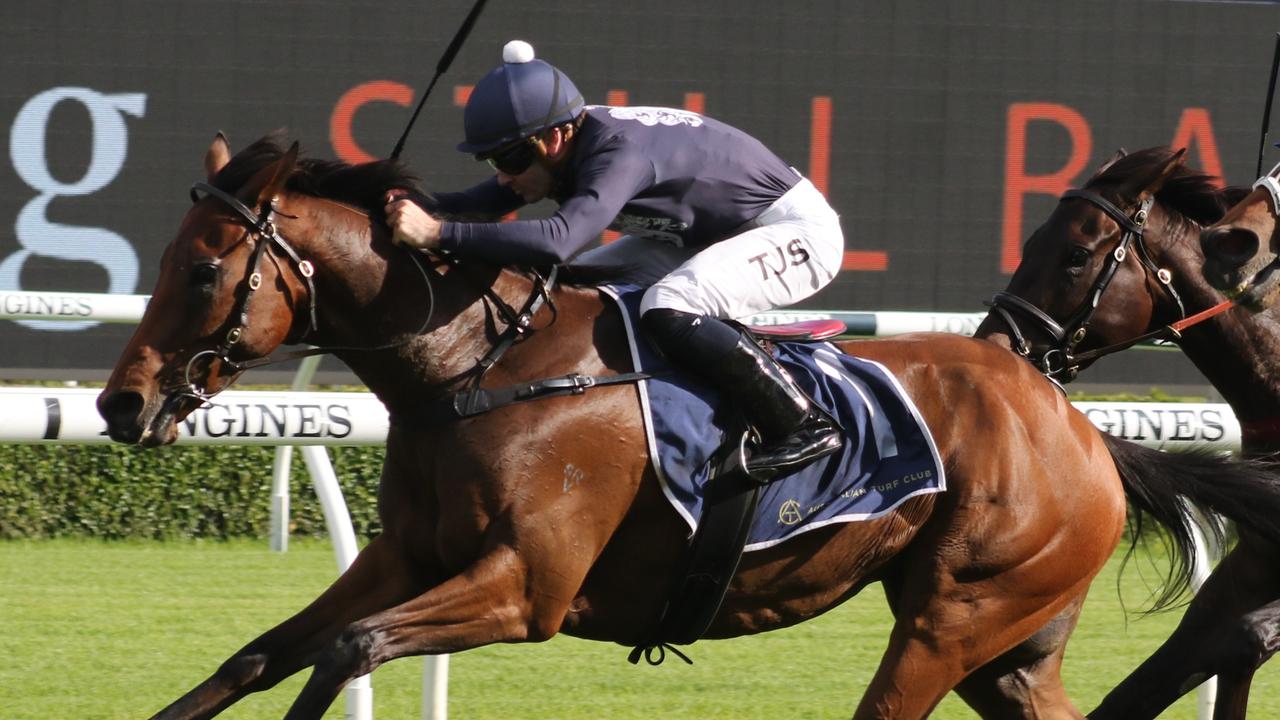 Annabel Neasham has made an instant impact since setting up her own stable and can close out a remarkable year with victory in the Summer Cup with ex-Kiwi Lightning Jack.

It’s easy to forget Neasham has only been training for 18 months such has been her impact on the sport.

“You don’t get any time to reflect in racing but it doesn’t feel like it was August last year when we started – it feels like we have been going a lot longer,” Neasham said.

“I have to pinch myself when I think about the success we have had so far but the support we have been given and the quality of horses we have got has made it possible.”

To that end, former New Zealander Lighting Jack is a new stable recruit, scoring impressively on debut for Neasham over the Randwick 1600m course two weeks ago.

Lightning Jack ran unplaced at his only previous attempt at 2000m across The Tasman but Neasham doesn’t believe the Summer Cup distance will be an issue for her gelding.

“He enjoyed being ridden ‘cold’ last time and he was strong through the line.

“I didn’t know what to expect from him last start so I suppose it was a nice surprise that he measured up.

“But (owners) the Tyler family have done such a good job with the horse and the fact they wanted to send him here gave me confidence,

“Although Lightning Jack has drawn out wide in the Summer Cup, I don’t think that will matter. It will be great if we can get a Group win out of him.”

Lightning Jack is on the second line of Summer Cup betting at $5 behind the Joe Pride-trained Stockman at $3.80 favouritism.

Neasham has a strong team entered for the Boxing Day meeting including Holyfield and Southern Lights in the Hyland Race Colours Handicap (1400m).

Holyfield ($10) indicated an imminent return to form with a good third to Brookspire at Randwick two weeks ago while Southern Lights makes his Australian debut but is an interesting runner as he was considered good enough to contest the English Derby earlier this year, finishing unplaced behind Godolphin’s Adayar.

The Neasham-trained juvenile Narnia, a $600,000 Magic Millions Yearling Sale purchase, is at $9.50 for his debut in the Drinkwise Plate (1100m), while stablemate Spaltet is $4.20 favourite for the Midway Handicap (2000m). The beautifully bred Rejoiced – three-year-old colt by super stallion Redoute’s Choice out of Joy Toy, herself a half-sister to champion More Joyous – puts his unbeaten record on the line in the Heineken 3 Handicap (1600m).

Neasham has also entered Rejoiced for an easier race at Newcastle on Sunday and is considering the best option for the promising colt.

Meanwhile, Neasham’s brilliant Wyong Magic Millions winner Soaring Ambition was floated to Brisbane on Thursday to continue her preparation toward the $2m Magic Millions 2YO Classic on the Gold Coast on January 15.

Neasham said Soaring Ambition will be nominated for a race in Brisbane on New Year’s Day but the filly is not a certain starter.

“I am leaning to trialling her at the Gold Coast on January 4,” Neasham said.

“Soaring Ambition galloped the best I have ever seen her work at Warwick Farm last Tuesday and I’m not sure she needs another race before the Magic Millions.

“She is very professional and although she drew wide at Wyong and had to go back, then came around the field on the bend, got a check and still picked herself up and ran home. It was a very gutsy win.”

Neasham also revealed Zaaki and Mo’unga will return to her Warwick Farm stables on Monday to prepare for the autumn carnival campaigns next year.

“They have been in pre-training and arrive back in the stable (Monday),” she said.

“Zaaki will be set for the All Star Mile and Queen Elizabeth Stakes. We will find something leading in, but I haven’t decided that race yet.

“Mo’unga won the Winx Stakes and ran second in the Makybe Diva Stakes during the spring and I feel they were his two best runs.

“He never runs a bad race but he has proved he can do it over shorter trips so I might keep him sharper and go to the George Ryder Stakes off say the Canterbury Stakes.”

Boom filly Coolangatta takes a significant step towards making her own piece of racing history when she contests the Group 3 $250,000 BJ McLachan Stakes (1200m) at Doomben on Sunday.

Coolangatta, trained by Ciaron Maher and David Eustace, created such a huge impression on debut winning the Gimcrack Stakes on debut during the Sydney spring carnival she has been installed a dominant favourite to win the $2m Magic Millions 2YO Classic at the Gold Coast on January 15 and the $5m Golden Slipper at Rosehill on March 19.

But if Coolangatta does train on and win the nation’s two richest two-year-old races, she will become the first filly to achieve the feat.

The only winners of the Magic Millions-Golden Slipper double are the colt Capitalist (2016) and geldings Phelan Ready (2009) and Dance Hero (2004).

Chad Schofield makes his return to Sydney racing with a powerful book of seven rides at Royal Randwick on Sunday.

Schofield, 27, has spent seven successful years in Hong Kong where he rode more than 200 winners including the 2018 Hong Kong Classic Cup on Singapore Sling.

Trainers and owners have been quick to support Schofield with the Chris Waller stable booking him for three rides including unbeaten mare Niffler. Schofield’s father, Glyn, has six rides at the Randwick meeting.

The likelihood of a rain-affected Royal Randwick track surface has provided a timely boost for Polly Grey going into the Summer Cup (2000m).

Polly Grey is a superior wet-tracker with her 10 career wins coming on soft or heavy tracks. With Randwick rated a Soft 6 and the forecast of showers on Boxing Day, Polly Grey looms as one of the main chances despite being asked to carry topweight of 59kg.

The Summer Cup was first run in 1890 but no mare has ever carried 59kg or more to win the race.