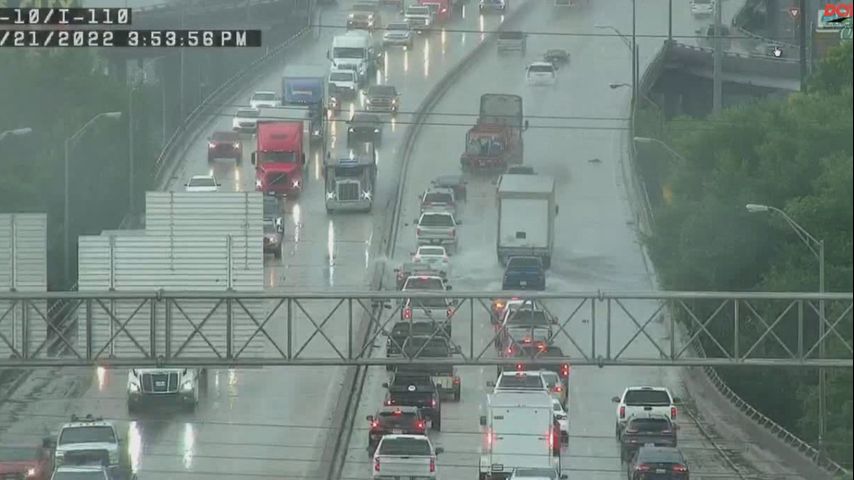 BATON ROUGE – The sun was shining and traffic was flowing smoothly across the Mississippi River Bridge Wednesday afternoon, but that was a completely different story Tuesday.

An afternoon thunderstorm dumped two inches of rain on the capital city in a matter of about 45 minutes. The heavy downpour was too much for clogged drains on the bridge, and water began to pool on the westbound side.

A potentially dangerous scenario ensued as drivers were left with no option but to turn around. As drivers carefully pushed through the high water, a rush-hour mess ensued. Traffic was backed up to Essen Lane with an estimated drive time of almost two hours to get to the bridge.

“When our guys went out there to clear that out, that’s the first thing they started digging out, was all the litter,” said Rodney Mallett with DOTD.

Mallett says the drains are cleaned out biannually. The second scheduled cleaning was set for Tuesday night during off-peak hours.

“As luck would have it, they were scheduled to be cleaned last night westbound, and eastbound tonight,” said Mallett.

According to Mallett, crews were able to fully clean the drains, but the issue might have been avoided if more people did their part to keep Baton Rouge clean.

“So people could help our flooding problems, not just on the Mississippi River bridge, but throughout the whole community if they would quit littering,” said Mallett.