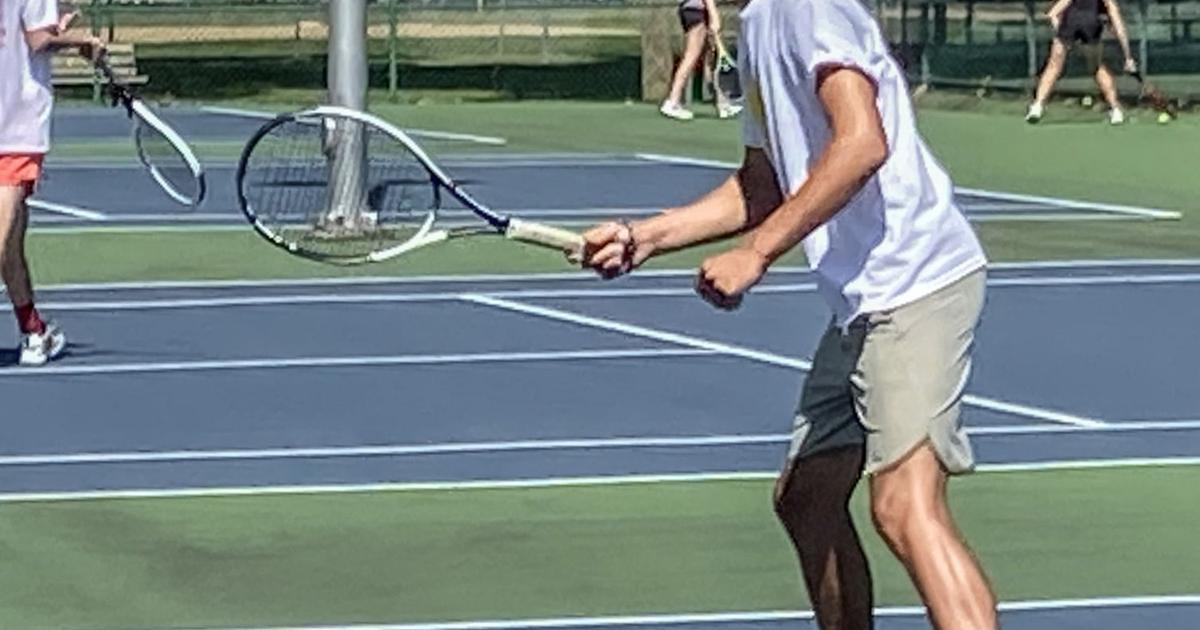 The Danzer brothers have some experience playing a lot of different sports.

That was the path for Cooper Danzer, who will be a junior at Owensboro Catholic. There are five Danzer brothers total.

“I played pretty much every sport, except soccer,” Cooper said. “Two years ago I wrestled and did cross country, I quit all that to help me play more tennis. I played golf, but I quit.”

Summer is a good time for sports variety. That’s what Henry Danzer has been doing with his summer so far. Henry was out at Moreland Park with his brother, Houston, for some time on the court earlier this week with Junior Team Tennis.

Henry is going into sixth grade, while Houston will be a sophomore at Owensboro Catholic. Houston and Cooper were 3rd Region champions in doubles for Catholic.

“It’s between baseball and golf,” Henry said of his favorite sports right now. “I just got out of Catholic League in baseball. We just finished up the tournament. Tennis, I’m not that good at volleying, but my serve is pretty good.”

Houston said he and Cooper were happy for the state tournament experience.

“We played St. X, the number three seed, they were great,” Houston said.

They will hit some tennis balls with Henry.

“We do occasionally,” Houston said of Henry. “We try to get him out as much as we can, but he’s just finishing up baseball, he’s playing a lot of golf. He’s playing everything now really. Cooper is generally out here with me.”

Houston is bigger physically than Henry, as to be expected with their age differences, and when asked who wins most of the time, Houston was quick to answer.

Houston has been playing a lot of golf and tennis.

“Right now I’m only doing golf and tennis,” Houston said. “I’m a big tennis guy, but golf, that’s just my main sport right now. I play tennis because I think it’s fun. Me and my brother, we like playing.”

When Cooper and Houston are both at Junior Team Tennis, they are split up with different teams sometimes.

“We try to put them on opposite sides of the net when Houston and Cooper are playing,” said Jack Etchison, who runs the Junior Team Tennis program at Moreland Park. “It brings a little more intensity to the team. Henry is a multi-sport athlete, but so is Houston.”

Summer is the time of year to take advantage of multi-sport opportunities.

“It gives you a feel, it lets you be more versatile so you can play many sports,” Cooper said of playing multiple sports when you are younger. “At the same time, when you’re young you need to learn good technique, it’s hard to start late and be a strong high school player. I quit baseball and started playing more tennis. That’s when I got more serious about tennis.”