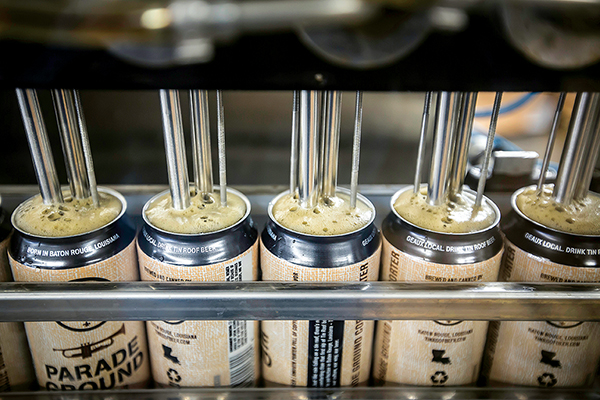 Louisiana lawmakers have made three significant changes that went into effect this week on how the state regulates the craft beer business.

Brewers hope the long-sought shifts help spur growth in their industry, which they say would have positive ripple effects in an economy where local food, drink and culture are major selling points.

“The goal of these three new tools is to bring more craft beer investment to the state and create more Louisiana jobs,” says Cary Koch, executive director of the Louisiana Craft Brewers Guild.

Koch explains why the guild believes three pieces of legislation approved during this year’s regular session are important:

Act 467: Allows brewers that produce less than 5,000 barrels per year to sell directly through a retailer rather than being required to go through a third-party wholesaler.

Why it matters: While self-distribution is not an easy feat, experience in other states has shown it can be a good way for small brewers to enter the marketplace without going through a middleman, giving the brewer ultimate control over the product.

Act 570: Allows a brewery to host up to 12 catered events per year at which alcohol not manufactured at that facility can be served. Previously, they could serve only beer brewed on site.

Why it matters: Many brewers have invested in creating welcoming event spaces. Now they can host, for example, a wedding at which champagne is served.

Acts 467 and 550: Allow brewers to transfer finished beer brewed at one facility they own to sell at another, which had been banned.

Why it matters: This also gives brewers more control over their own products, hopefully encouraging investment.

Brewers didn’t get everything they wanted, and some of the details of the new rules may prove to be problematic, but the laws can always be tweaked in a future session, Koch says.