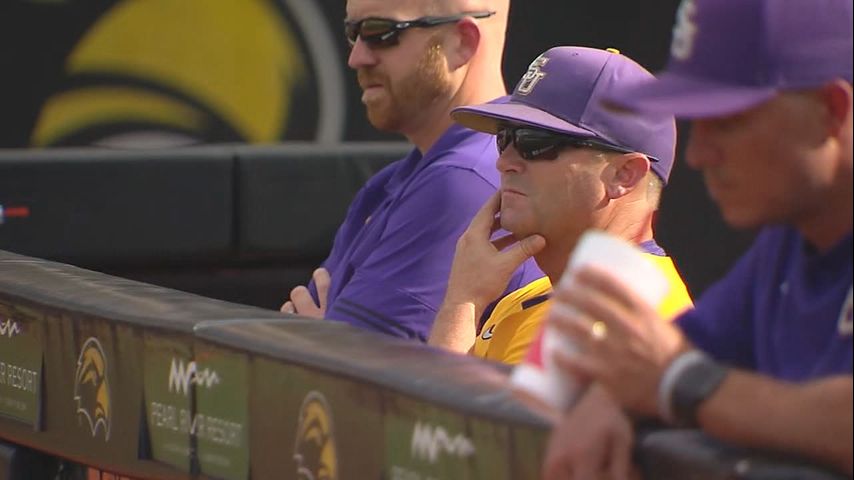 Down by means of seven runs with six outs to play, the LSU Tiger baseball crew after all discovered it is offensive stride and scored ten runs within the eighth inning to win 14-11 over Kennesaw St. of their opening sport of the NCAA’s Hattiesburg Regional on Friday evening at Pete Taylor Park.

LSU accumulated 5 immediately hits after a lead-off stroll and a hit-by-pitch and from there it was once an offensive onslaught as LSU hung on for the general outs of the sport.

“Wow. Big fan of that eighth inning,” LSU head coach Jay Johnson said after the game. “A lot of people talk about character and culture and competitiveness and that was all of that on display. I’m really proud of these guys for sticking with it, especially these two. We don’t win the game if Devin doesn’t come in and settle the game. It’s the best performance out of him this year when we really really really needed that.  With Dylan, I’ve never been so confident that a player was going to get a big hit in my entire life than when he walked up to the plate. We’d love to sit around and celebrate it because it’s a win
that should be celebrated, but we’ve got to get ready to go tomorrow.”

With the win LSU will now face Southern Miss within the winners’ bracket sport on Saturday at 6 p.m. on ESPN+.

Kennesaw State Coach Ryan Coe mentioned that he idea LSU would make a rally, “it’s never over until it’s over. We’ve had some situations in the past here where we’ve had trouble finishing games. We try to pile on as much on as when we can and that’s why we stayed aggressively offensively throughout the game. We try to score as much as we can to
widen the gap and give us a cushion for the end of the game.”