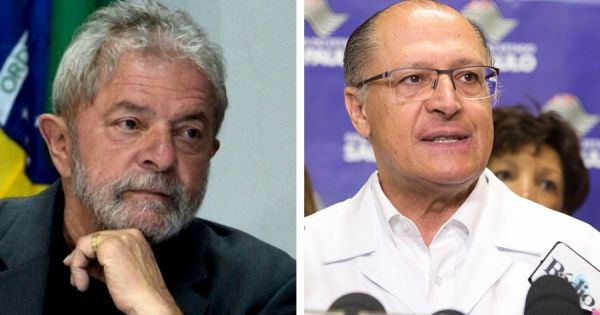 The moderate former governor of São Paulo and the two-time head of state together were quite an image for Brazilian voters. They agreed that despite whatever might have happened between the two of them in the past it was now time to listen, while they wait for Lula’s Workers’ Party (PT) to approve the possible alliance between the former rivals whose differences were said to be now a thing of the past.

Lula highlighted the need to forge an alliance with all those who oppose Bolsonaro. Alckmin took the first step by resigning from his centrist Brazilian Social Democracy Party (PSDB). Now it is time to listen and speak a lot, it is time for political greatness and public spirit, said Alckmin, showing good harmony with Lula, and amid growing speculation about a presidential ticket between the former union leader and the moderate right-wing politician.

The former President insisted he had not yet defined whether he will be a candidate. I am thinking a lot, I know of my responsibility, said Lula, who promised to announce his final decision in March. I have to respect Alckmin, he left the PSDB, he has not yet joined any party. Who will say if we can, if we can join or not, they are my party and his. We have to be patient, said Lula in a 40-minute speech, during which he spoke about Alckmin, whom he beat in the 2006 presidential elections.

It doesn’t matter if we were adversaries in the past. If we exchanged a few blows if in the heat of the moment we said what we shouldn’t have said. The size of the challenge ahead makes each of us an ally. This is why we have gathered here, for our faith in democracy, Lula said before a crowd of some 500 politicians from the PT, PSOL, PSD, or Solidaridade, as well as some moderate conservatives, in addition to Bolsonaro die-hard rivals such as senators from MDB Renan Calheiros and Simone Tebet.