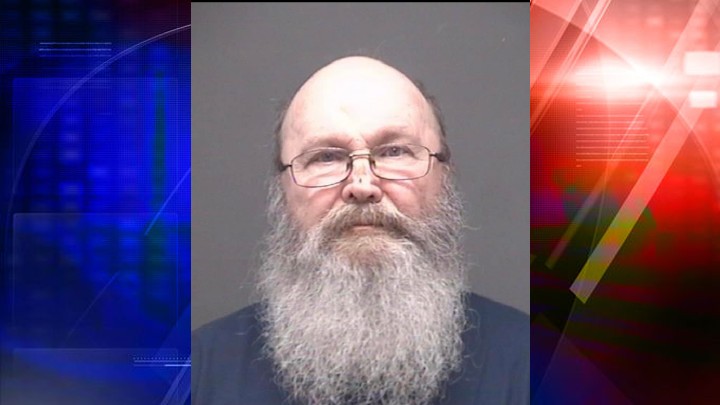 Police identified the suspect as 64-year-old Michael White of Chandler earlier this week and said he has active warrants out of Warrick County for dealing in methamphetamine. Warrick County Sheriff Mike Wilder said White fired a shot during a brief pursuit before ditching his vehicle and fleeing on foot.

Sheriff’s Office officials declined to comment on White’s condition and the Indiana State Police are expected to give an update on his condition sometime Friday morning.

The Warrick County Sheriff’s Office posted on Facebook that White was spotted in the area of Clutter Road Wednesday night before he fled into the woods near Interlake. Police say White is currently clean-shaven, walks with a limp and has a noticeable facial feature described as a “flat nose.”

Around 8 p.m. Lynnville residents reported hearing sirens, gunshots and SWAT vehicles speeding by near Clutter Road. Reports from the scene tell us that White has barricaded himself in a barn, possibly injured. An ISP negotiator was on the scene and offered commands for White to either come outside of the barn without a weapon or to give officers a sign that he was still ok.

Eyewitness News crews on the scene heard a loud boom around 9:30 and law enforcement began leaving the scene around 10:00. Officials with the Warrick County Sheriff’s Office declined to explain what the noise was on the record.

Eyewitness News will continue to follow this story and provide the latest information as it becomes available.