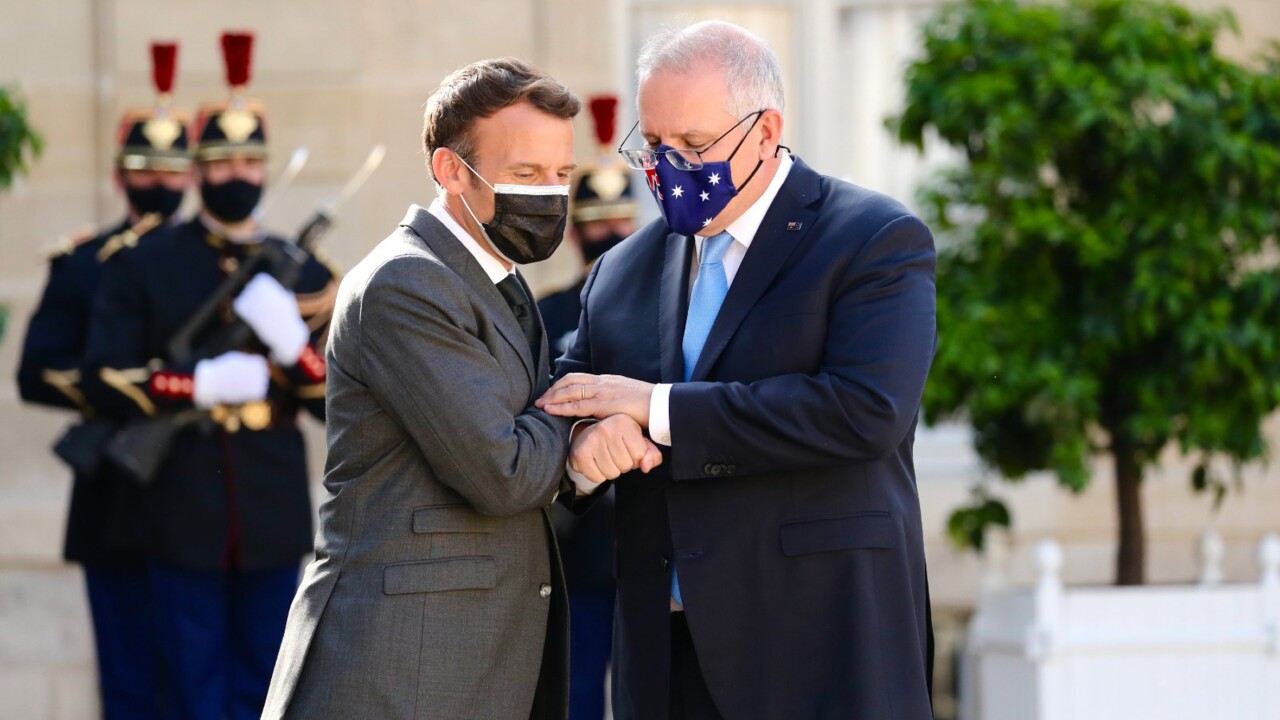 French President Emmanuel Macron has accused Prime Minister Scott Morrison of breaking the “relationship of trust” between the two nations by signing up to the AUKUS alliance.

The relationship between the two nations deteriorated after the Commonwealth scrapped its $90 billion deal with French-based Naval Group in favour of acquiring US nuclear submarines under the agreement.

The candid phone call was the first direct communication between the pair since the saga, which initially prompted Paris to recall its ambassador from Canberra.

Mr Macron says the onus now falls onto the prime minister to mend the broken relationship.

“It is now up to the Australian government to propose tangible actions that embody the political will of Australia’s highest auth­orities to redefine the basis of our bilateral relationship and continue joint action in the Indo-­Pacific,” the Elysee Palace statement said.