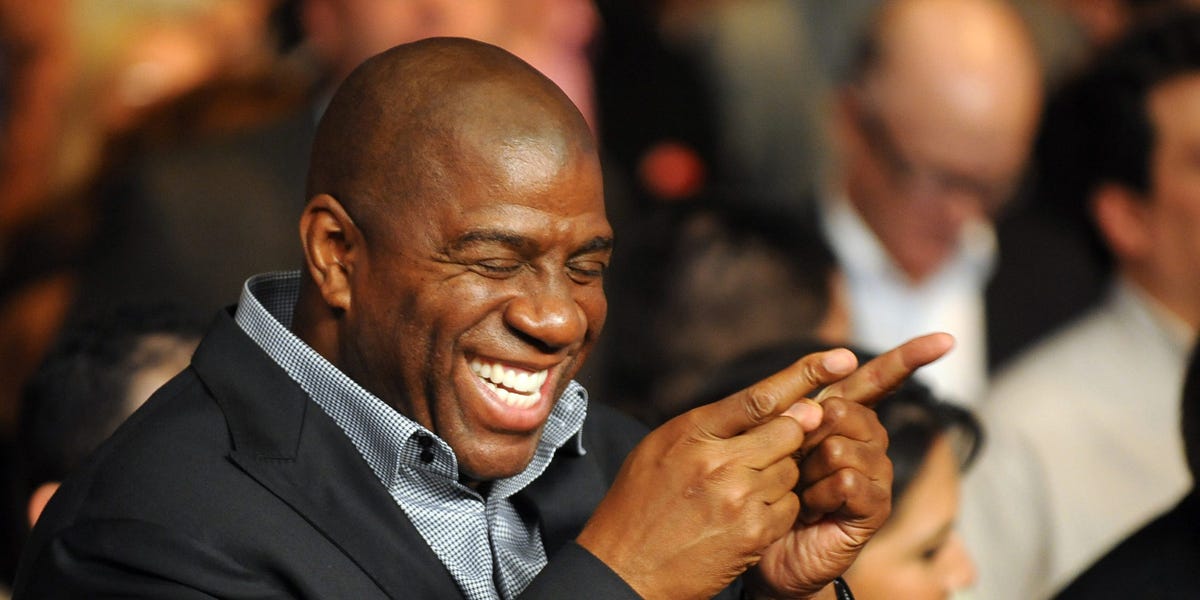 The lifetime of mythical NBA superstar Earvin “Magic” Johnson might be featured in an upcoming Apple TV+ docuseries, “They Call Me Magic.”

The sequence will debut on April 22 and could have 4 episodes. The chapters will contact on his adolescence in Lansing, Michigan, his first championship in 1980 and his hovering reputation, his HIV prognosis, and his NBA comeback and existence in industry, after basketball.

On Tuesday, Magic met with the media to speak about the impending challenge, and it seems he is rather like all his fanatics — he loves gazing Magic Johnson play basketball.

“I’m going to tell you, really, a secret,” Magic mentioned. “I love watching the doc-series because I get to see myself play. But don’t tell nobody!”

What made Magic so a laugh to observe with the “Showtime Lakers” was once the velocity, taste, and passing he delivered to the sport. Like maximum issues in Magic’s existence, he was once in a position to do this as a result of he was once section industry particular person and section entertainer.

“I always wanted to make my teammates better,” Johnson mentioned. “I cared about passing the ball more than I cared about scoring myself. And what I wanted to do was entertain the crowd all at the same time. I just had to perfect the no-look pass and set my teammates up for an easy shot … And I loved hearing the crowd go ‘AHHHH!’ And when my teammate scored, they went ‘wow!’ And then they went to the office talking about that pass. ‘Can you believe what Magic did last night? He did a no-look pass, and we went crazy!’ I loved hearing that.”

You can see the trailer for the sequence right here: