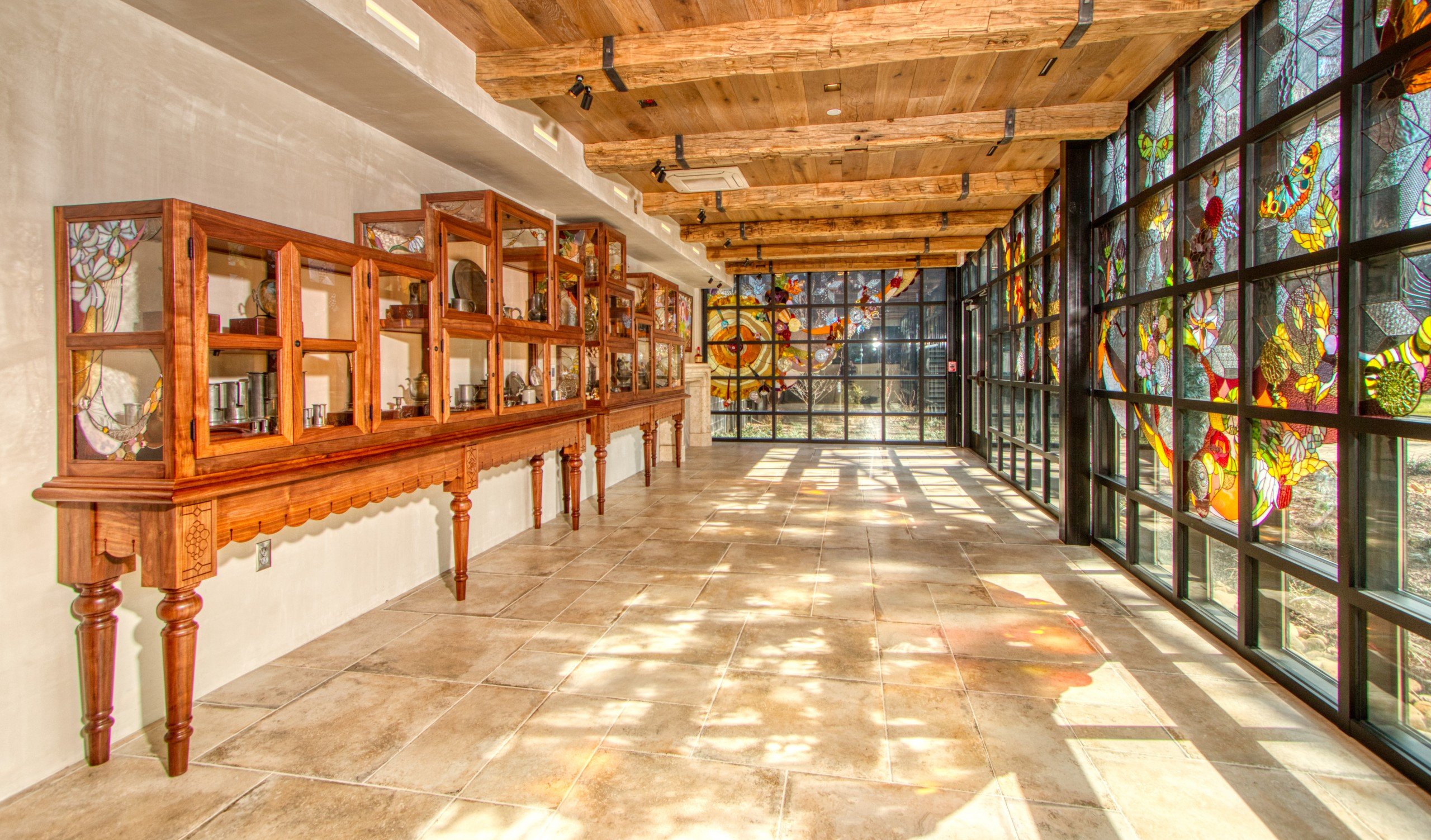 LORETTO, Ky. (WTVQ) — Maker’s Mark Distillery in Loretto is honoring its co-founder Marjorie Samuels with the opening of a special, permanent vestibule this month.

The Margie Vestibule features her pewter collection surrounded by stained-glass windows. Her collection is displayed in cabinets made of oak — the same wood used for bourbon barrels. The glass windows show colorful images of birds, butterflies and native grasses to the ingredients used in making bourbon: corn, wheat, water and oak. Finally, a portrait of Margie completes the space, filled with color and vanilla blossoms and tulips, which she grew in her garden, according to a press release.

Margie suggested the name Maker’s Mark to her husband, Bill, her co-founder in 1953. While Bill developed Maker’s Mark Bourbon’s taste, Margie came up with the name, the shape of the bottle and the look that involves dipping each bottle in red wax, according to a press release. Her vestibule will become part of the regular distillery tour at Star Hill Farm in Loretto.

She passed away in 1985, and in 2014, she was inducted into the Kentucky Bourbon Hall of Fame.