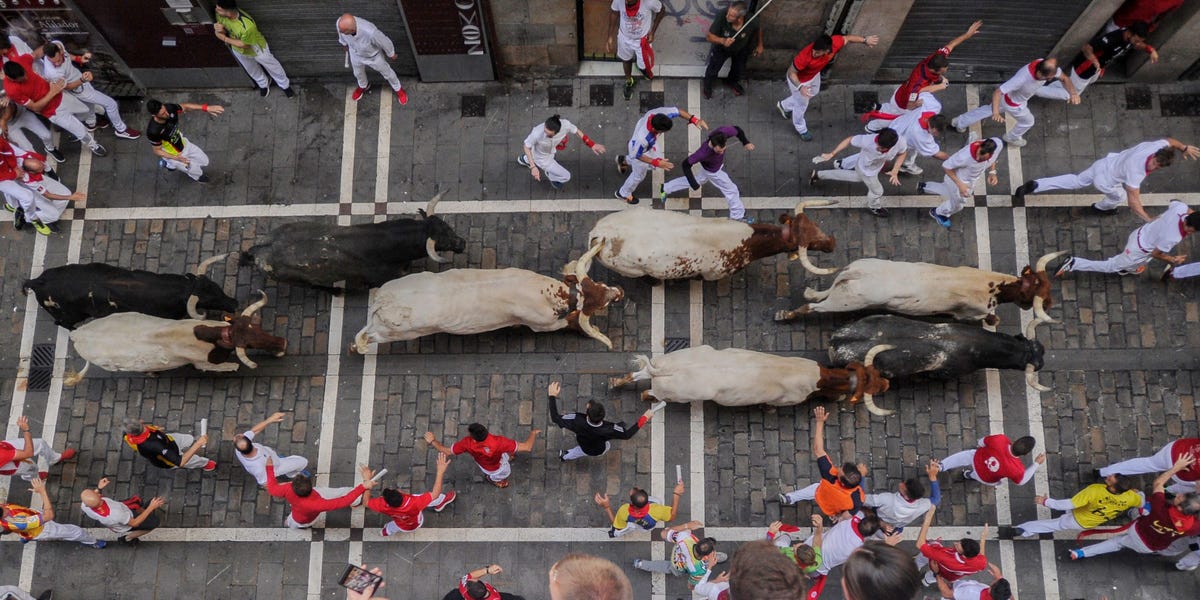 A 55-year-old man has died after being gored by a raging bull at a festival in eastern Spain.

According to the BBC, the unnamed man was attending a bull run during a festival in the Spanish town of Onda on Saturday. Reuters reported that the man died at a hospital in the neighboring town of Villareal the same day, after suffering a pierced artery in his left thigh and a head injury.

A graphic video published in the British tabloid The Sun appears to show the man being tossed into the air by a charging bull. Bystanders then attempted to lure the bull away and down a side street. Meanwhile, other onlookers attended to the man, who was seen lying prone on a sidewalk.

The Onda council told the BBC that it had canceled all subsequent bull-running events planned for Sunday.

This is the first reported death during bull-running events in Spain since the races were suspended due to the COVID-19 pandemic, per The Washington Post.

However, casualties during bull runs are not unheard of. It is estimated that 200 to 300 people are injured during bull runs every year. Pamplona’s famed San Fermín bull runs have caused at least 16 deaths since 1910. In 2009, Daniel Jimeno Romero, 27, died after being gored by a bull named Cappuccino.