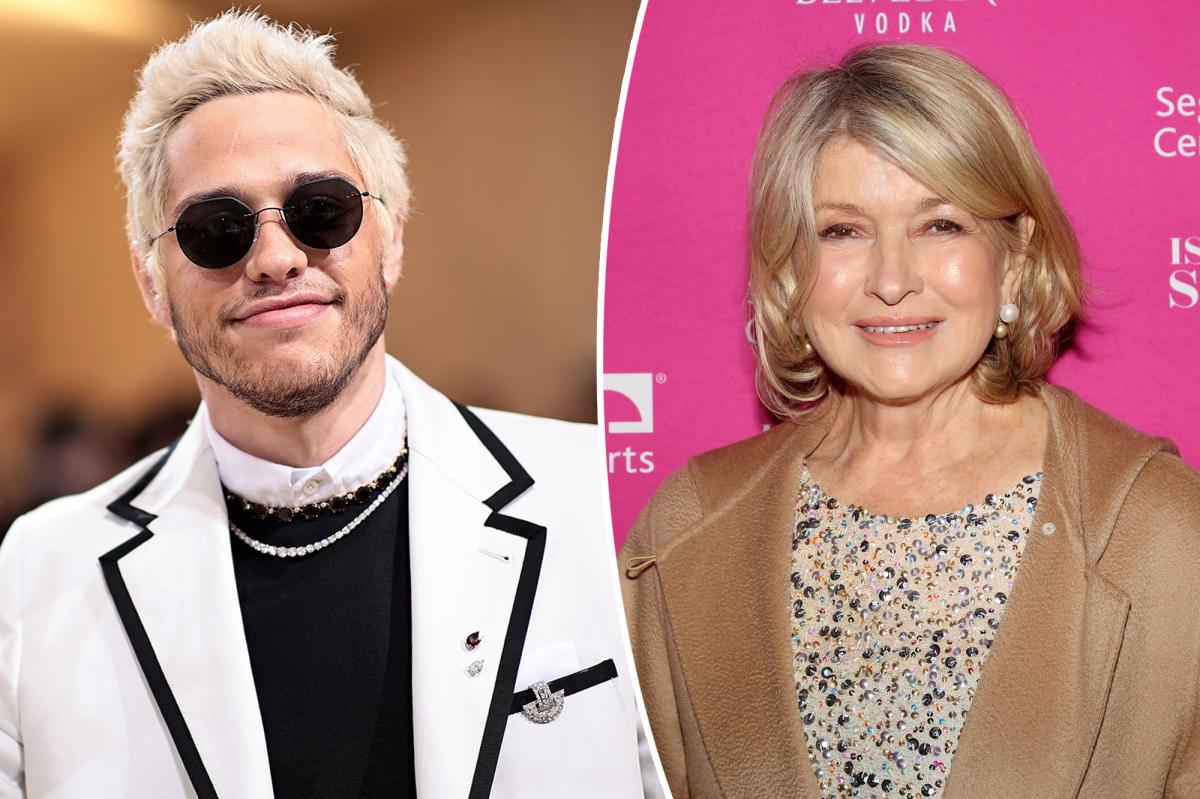 Martha Stewart is squashing a rather silly rumor that she and Pete Davidson may have sparked up a romance following his split from Kim Kardashian.

“Pete Davidson is like the son I never had,” Stewart, 81, gushed to The Daily Mail when asked if she could be his next lover.

“He is a charming boy who is finding his way. I’ve invited him to come on my podcast and I look forward to hearing what he has to say.”

The internet gossip began after a photo of Stewart sweetly holding Davidson’s hand as she posed for a photo with him and Kardashian, 41, during April’s White House Correspondents’ Dinner went viral following Pete and Kim’s breakup.

“We should’ve seen this coming,” wrote one Twitter user who shared the snap in question.

Stewart previously shared her support of the couple, telling E! News back in May that the “Saturday Night Live” star and the Skims founder were “cute together,” despite being an “unlikely pairing.”

“They seem to have a nice affection for one another, which is so nice,” she added at the time.

“They have a lot of love and respect for each other, but found that the long distance and their demanding schedules made it really difficult to maintain a relationship,” a source shared.

The move reportedly left Kim “livid” resulting in West taking down the post.