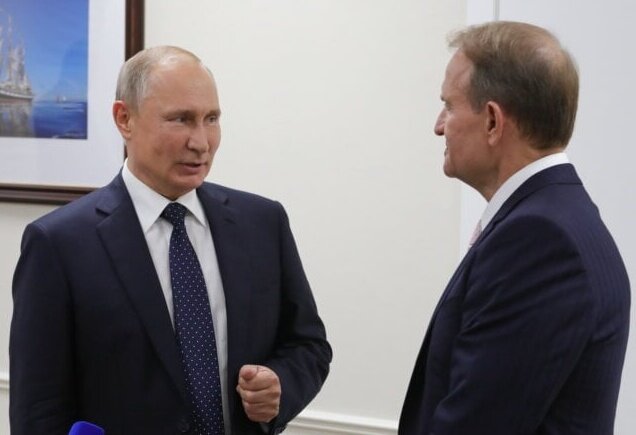 Compounding sanctions against TV channels allegedly linked to Opposition Platform – For Life leader Viktor Medvedchuk from earlier this year, Zelensky sanctioned the TV channels that popped up in their place.

Acting on a decision of the National Security and Defence Council, Zelensky enacted sanctions on Dec. 28 against the First Independent and UkrLive channels.

First Independent and UkrLive acted as reincarnations of 112 Ukraine, NewsOne and ZiK, using many of the same staff and journalists.

The channels are owned by Taras Kozak, another Opposition Platform – For Life MP and Medvedchuk business partner, and are part of Kozak’s ‘Mediaholding Novyny’, which is the officially sanctioned entity.

Kozak is alleged to be only the nominal owner of the media outlets, which are suspected to be controlled by Medvedchuk – a close friend of Russian President Vladimir Putin.

112 Ukraine, NewsOne and ZiK were first sanctioned in February 2021, after an extensive investigation by Ukraine’s Security Services (SBU) and on the recommendation of the National Security and Defence Council on the grounds of “combating information terrorism against Ukraine”.

“We can assume that the National Security and Defense Council have gathered enough evidence to confirm what the Ukrainian media have been alleging,“

Servant of the People MP Mykyta Poturaev told the Kyiv Post at the time, referring to allegations that Medvedchuk’s media empire was being financed by Russia.

Kozak and Medvedchuk framed the move as an attempt to silence Zelensky’s critics, saying in a statement released shortly after the decision in February:

“The authorities, represented by President of Ukraine Volodymyr Zelensky, have decided to destroy three opposition TV channels. We believe that the government, which has not the slightest reason to talk about success, leaves on the air only convenient channels that will lie to the people of Ukraine about “unprecedented successes”.

Following the closures of the three channels, former employees launched a new broadcaster – the First Independent – which went off the air after just an hour. Politicians allied to Medvedchuk allege this was at the government’s behest, while Media Detektor claims it was for “unknown reasons”.

Zelensky’s decision to sanction the Medvedchuk-allied stations has divided opinion between those who believe that the President has the authority to combat Russian propaganda and those who believe in a stricter code of free speech.

Reporters Without Borders expressed concern after the February sanctions that the move would “escalate” the information war with Russia.

“We deplore this escalation in the information war”, Jeanne Cavelier, Head of RWB’s East Europe & Central Asian desk, said at the time. “Even if the desire to combat propaganda is legitimate, it does not justify the use of censorship, and banning these TV channels is liable to stir up violence against journalists. This violation of freedom of expression violates Ukraine’s international obligations. We urge the authorities to find other ways to preserve news media independence and pluralism.”

Separate from the propaganda sanctions, both Medvedchuk and Kozak have been charged with treason.

Medvedchuk has been under house arrest since 13 May, while Kozak is believed to be in Belarus.

Medvedchuk’s lawyers have been arguing that he should be freed from his house arrest as Ukrainian law stipulates that prisoners may only be held for up to six months before a trial is held.

Medvedchuk’s house arrest is currently slated to end on Jan. 15, 2022.