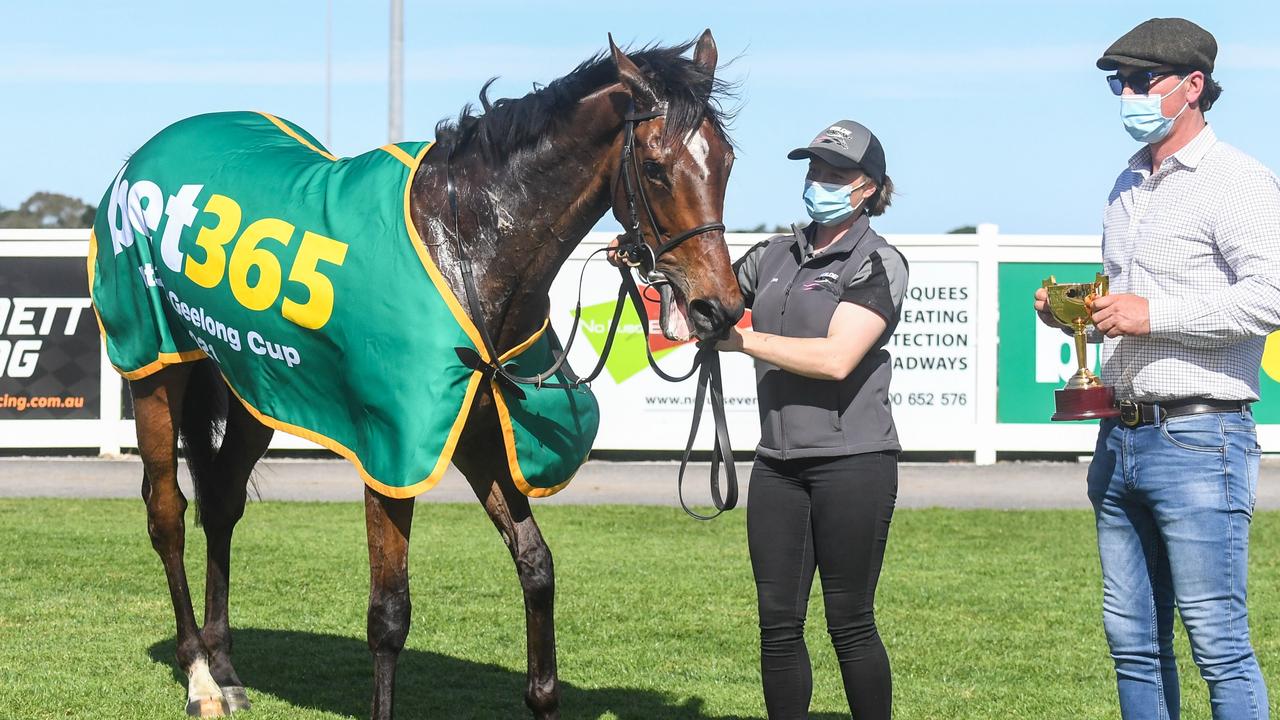 We’ve nailed down the winner of this year’s Melbourne Cup — and it’ll only take you a minute to find out how we got there.

If you find trawling through a Melbourne Cup form guide more daunting than public speaking, don’t fret, we’ve got a simple way to help you choose which horse to back in the race that stops the nation — and it’ll be over in jjust 60 seconds.

That brings us down to nine horses still hunting for the win. Only three horses in the past 30 years have won the Melbourne Cup after being beaten previously in the great race, so let’s scratch VERRY ELLEEGANT (7th in 2020), who has already tackled Flemington on the first Tuesday in November.

The exceptions to the rule are Brew, who finished 10th in 1999 before winning in 2000, Fiorente, who won in 2013 after finishing second the year before and Twilight Payment, who saluted in 2020 after crossing the line 11th in 2019.

Age is also something to take into account. Melbourne Cups are often won by four and five-year-olds — although TWILIGHT PAYMENT bucked the trend last year. He’s nine-years-old this time around though and no nine-year-old has ever won the Cup, so we’re saying he won’t go back to back.

GRAND PROMENADE (6yo) and FLOATING ARTIST (6yo) are also gone as a result of the age factor, as unfair as that might seem.

INCENTIVISE is the red hot favourite — the shortest-priced runner since Phar Lap nearly a century ago — but we’re cruelly putting a line through him as he’ll be carrying 57kg after winning the Caulfield Cup.

Recent winners have traditionally carried weights in the low 50s so because SPANISH MISSION is saddled with a heavy 57kg load, we’re saying goodbye to the five-year-old as well.

The legendary Makybe Diva was the last horse to win the Melbourne Cup carrying 57kg or more, in 2005, and before her you have to go all the way back to Think Big in 1975, who saluted after lugging around that much extra weight.

If you’re keeping count, that means we’re down to three horses left in the mix. SIR LUCAN faces a tough ride from barrier 18 and was beaten by nearly 14 lengths in his last start, so we’re not prepared to have a flutter on him.

GREAT HOUSE has shown impressive form but was six lengths behind Incentivise in the Caulfield Cup, and we can’t see too much changing in the Melbourne Cup.

That leaves us with TRALEE ROSE, who sits at the very competitive price of $16 for the win. The mare from New Zealand won the Geelong Cup last month and has six victories from 15 starts — let’s see if she can make it seven.

In Tralee Rose’s favour, based on the criteria we’ve used above (an inexact science we know), she’s making her Melbourne Cup debut, is only carrying 51kg and is five-years-old — all ticks in our book. She’s also drawn a relatively friendly barrier 12.

Who is Tralee Rose?

The bay mare is trained by Symon Wilde, who’s based at Warrnambool in Victoria, and is sired by the stallion Tavistock out of the dam Star of Tralee.

Tralee Rose has never finished further back than fifth in her career and Wilde believes he’s got something special on his hands.

“She might be a once-in-a-lifetime horse,” Wilde said last month. “The last two runs had Melbourne Cup written all over her.

“The last few years the Cup has sort of felt that it might be getting out of reach. We all know the internationalisation of the race has been fantastic. It is so well known around the world now, but that has made it harder for the locals. But we are in there this year with a chance.

“We’ve been building towards this for a while. (The stable) has won plenty of Group 2s and 3s and listed races. But we’ve never won a Group 1, and if we could do it, it would mean so much to so many people.”