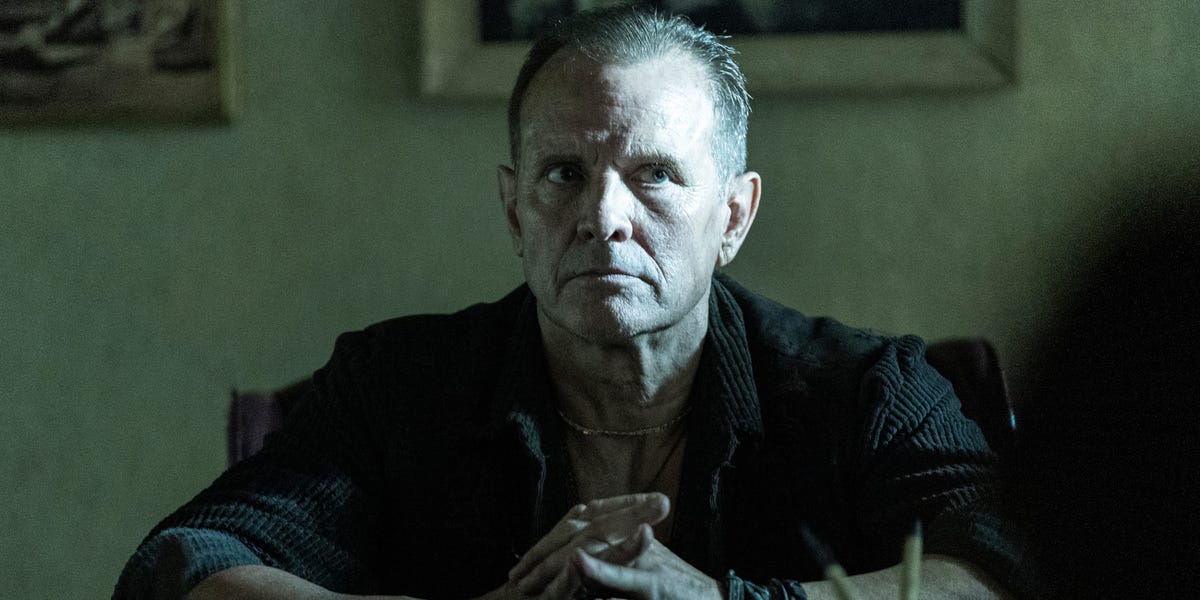 “The Terminator” actor Michael Biehn said he felt uncomfortable filming a scene on “The Walking Dead.“

While on the series’ aftershow, “Talking Dead,” Biehn was asked about his guest-starring role on season 11, episode 13 where he played Ian, the leader of a new group, who was killed by the episode’s end.

When asked what it was like filming a scene that occurred after Ian’s death, Biehn said it “was kind of odd.”

“I’ve played a lot of antagonists so therefore I’ve died in a lot of shows and a lot of movies, a lot of television stuff that I’ve done, and I’ve never had anybody touch me afterwards,” Biehn, who has 110 acting credits on IMDB, including “Aliens” and “The Abyss,” said of filming his cameo on Sunday’s episode.

In the scene, Toby (Jason Butler Harner) lightly smacks Biehn on the cheek a few times off-screen before grabbing his face by the chin and pretending to make his mouth speak back at him.

“From a character standpoint, I’m dead, so it really didn’t make any difference, but from an acting standpoint, it really felt kind of like a violation,” Biehn said.

Host Chris Hardwick responded by saying that Toby “was clearly” a monster.

Earlier on the show, Biehn said he was excited to join “The Walking Dead” for an episode after being a fan of the series since its inception in 2010.

“I always wanted to be a part of it,” Biehn said, adding, “I was never offered a role until this past season nor did I ever audition for a role. It’s a show that I always thought was quality … It’s absolutely astounding that you have a show that’s been around for 12 years.”

“I thought it was a really fun character and so I absolutely said yes right away because, like I said, I always wanted to be on the show,” he added of receiving a call from his agent to appear on the series’ final season.

You can follow along with our “TWD” coverage here.