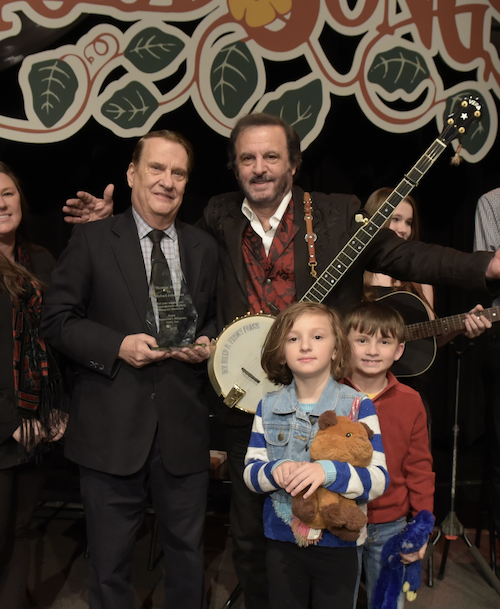 LEXINGTON, Ky. (WTVQ/Press Release) – Folksinger and roots musician Michael Johnathon lately was the most recent recipient of the Mentor Award, introduced via Tomorrow’s Bluegrass Stars (click on right here), a non-profit group which helps younger, aspiring bluegrass musicians via encouragement, pleasure, promotion and consciousness for them to maintain the day past’s bluegrass track for the next day.

The group’s president, Larry Smith, shocked Johnathon and his team all the way through a up to date broadcast taping of WoodSongs Old-Time Radio Hour (click on right here) on Monday, Nov. 29 at Lexington’s Lyric Theater, which featured a whole lineup of younger, aspiring musicians and performers.

“Michael has been a staunch supporter for young folks for many years,” mentioned Larry Smith, President of Tomorrow’s Bluegrass Stars. “We felt he deserved this award for his Woodsongs Kids segment, which has been such an honor for those kids who were invited to be on the show.”