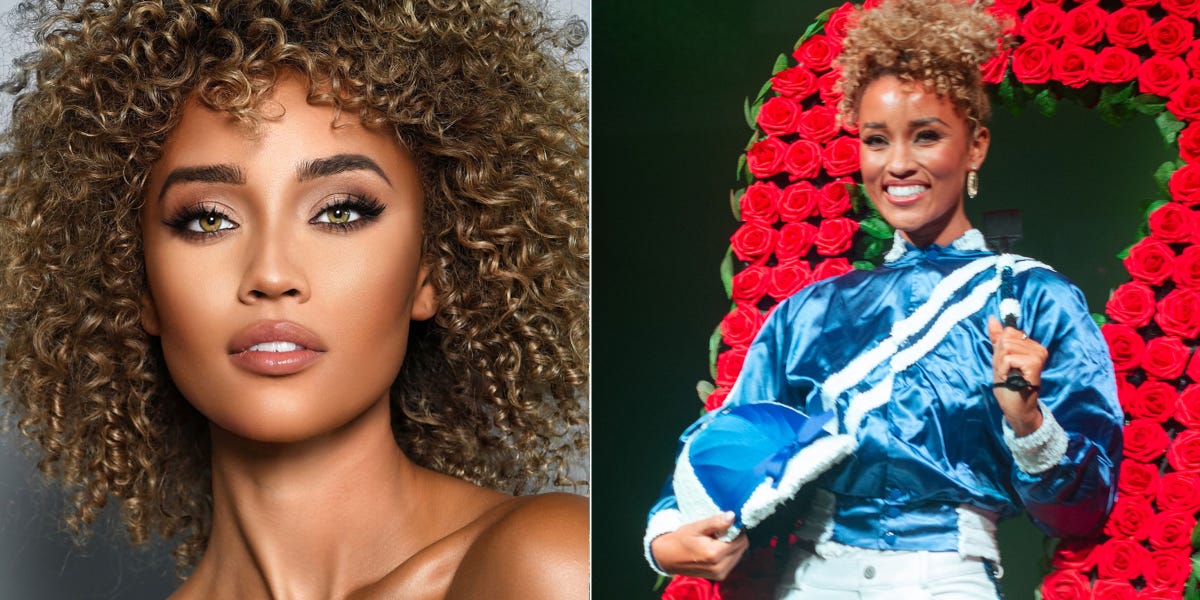 The next Miss USA is a proud journalist from Kentucky.

Smith was crowned by Miss USA 2020 Asya Branch, and will go straight to Israel to compete at the Miss Universe pageant on December 12.

During the Miss USA question and answer round, Smith revealed that her “most important core value” was honesty.

She also spoke on sustainability and encouraging businesses to be more environmentally conscious.

“We’ve got to look at it from a macro and also a micro level,” Smith said. “So at the macro level, companies need to switch to green energy — I think that’s something we can all agree on.”

“But then, at the micro level, we all know how to reduce, reuse, and recycle, and those are all things we can implement in our daily life,” she added.

Smith may seem like a seasoned pro, but she actually competed in her very first pageant just six months ago.

The 23-year-old got her first taste of the Miss USA stage on Sunday night during the State Costume Contest.

She dressed as a jockey to honor the Kentucky Derby. The blue-and-white outfit also paid tribute to her alma mater, the University of Kentucky.

Smith graduated from the university in May 2020 with a degree in broadcast journalism.

She currently works as a full-time reporter at WHAS, an ABC affiliate in Louisville, Kentucky.

In her Miss USA bio, Smith said that being a journalist in America today is “an honor and a role I take very seriously.”

Smith also participated in musical theater for 10 years and plays both the viola and piano.

In her spare time, she advocates for cervical cancer awareness and prevention to honor her late grandmother.