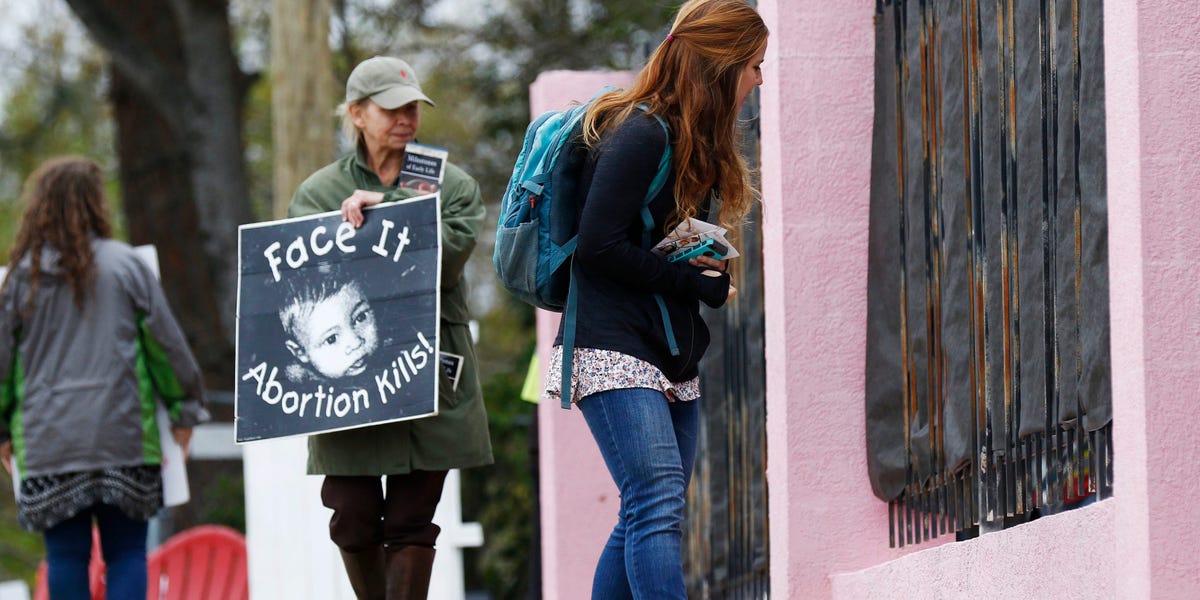 On Wednesday, the Supreme Court will hear initial arguments for Dobbs v. Jackson Women’s Health Organization, a case that has the potential to reverse 1973’s Roe v. Wade decision, which granted the federal right to seek an abortion without government intervention.

This isn’t the first time the employees of the clinic have spoken about the precarities of operating the only abortion center in the state. During an episode of the Ms. Magazine podcast, “On the issues with Michele Goodwin,” Jackson Women’s Health owner Diane Derzis detailed the “violence” she and her employees experience from anti-abortion protesters daily.

“For the last I’d say 30 years, we’ve been under assault and each year it has worsened,” Derzis told Goodwin of the environment outside of her clinic. She said anti-abortion protesters’ tactics have “gone way beyond” picket signs with pictures of dead babies on them, but police haven’t responded to the clinic’s calls for help in the past five years.

According to Derzis, anti-abortion protesters wait in the driveway of Jackson Women’s Health every day, sometimes numbering in the hundreds.

As abortion-seekers drive up to the clinic, protesters and their children stop cars in the street and bang on their windows, said Derzis.

When clinic volunteers escort patients up the sidewalk and to the front door, protesters scream through megaphones that they’re “killing babies” and “going to go to hell,” said Derzis.

They also use ladders to look and yell over the 20-foot barricade that’s been installed around the clinic for safety and privacy, according to Derzis.

The FBI and local police haven’t responded to calls for help in years, said the clinic’s owner

She said she’s constantly in awe of the resilience of her employees and those who come seeking abortions.

“They do so with tears running down their faces, grimaces, but they come in because that’s what women have always done, and they do whatever it takes to obtain an abortion,” Derzis told Goodwin.

Derzis said she’s shown videos and photos of these incidents to the FBI, but no action has been taken.

She said she doesn’t think the authorities will ever respond unless someone dies during the protests.