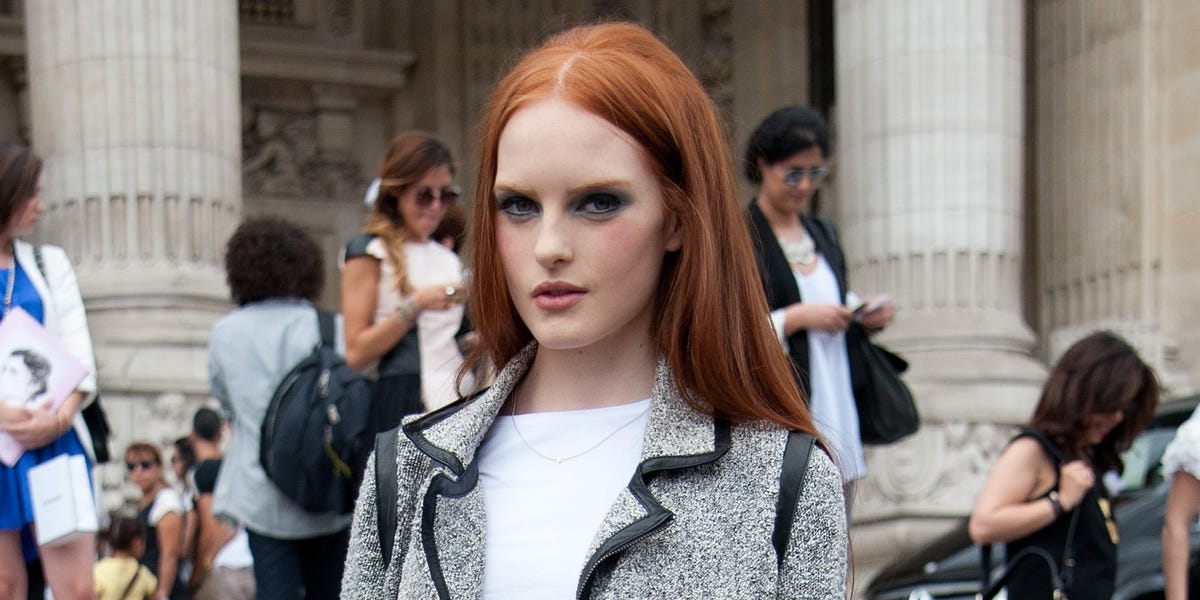 A model has revealed that she’s asked to wear padding — or fat suit pieces — for plus-sized advertisement gigs.

Karoline Bjørnelykke shared a TikTok video in November that has since gone viral and cast a shadow over the modeling industry. In the video, which garnered more than 478,000 views, Bjørnelykke said she works as a plus-sized model and often works with brands that carry sizes XL to 5XL.

Bjørnelykke continued, “If you have eyes, you can see that I’m not that size. So how do we fix this?”

Bjørnelykke, who’s walked the runway for Louis Vuitton and Armani, said in the TikTok video that she’s asked to bring padding to work for some plus-size brands and showed viewers how she assembles the pieces.

“If that isn’t enough, you just pin everything in the back,” she said.

Bjørnelykke said that some brands hire slimmer models for plus-size photoshoots because “they want the neck and the face to look really slim and sharp.”

“Which doesn’t only create unrealistic standards, but impossible ones,” she said. “My suggestion is to just use real plus-size women because there are so many gorgeous plus-size women out there.”

The model called out the lack of styles in plus-size markets, asking that brands “for once” avoid clothes for plus-sized women that are “horrifically ugly.”

Bjørnelykke, who worked as a model for ten years and a plus-size model for five, told Insider that she was inspired to create the TikTok after speaking to a friend in London.

“[I] asked her how modeling was going, and she said ‘well I’m still on the plus-size/curve board,'” Bjørnelykke said, noting that her friend is “very thin.” The friend told Bjørnelykke that they had been getting work while using padding.

“I want the consumers to know about this since I believe a lot of the power lies with them if we want to change the industry,” Bjørnelykke told Insider. “They can make better choices and also don’t feel bad when not looking like the models in the ads.”

Bjørnelykke said she received positive reactions from TikTok users after shedding light on the matter. She’s also received criticism from some people who told her she’s reinforcing the practice, but Bjørnelykke told Insider she “completely agrees, and that’s why I stopped doing these jobs a long time ago.”

The modeling industry has faced controversy in recent years as consumers lean towards body positive brands.

One model named Sabina told Refinery 29 in 2019 that she often brought “fat pads” to photoshoots. She told the outlet that it helped her go from a size 12 to a size 14 or 16.