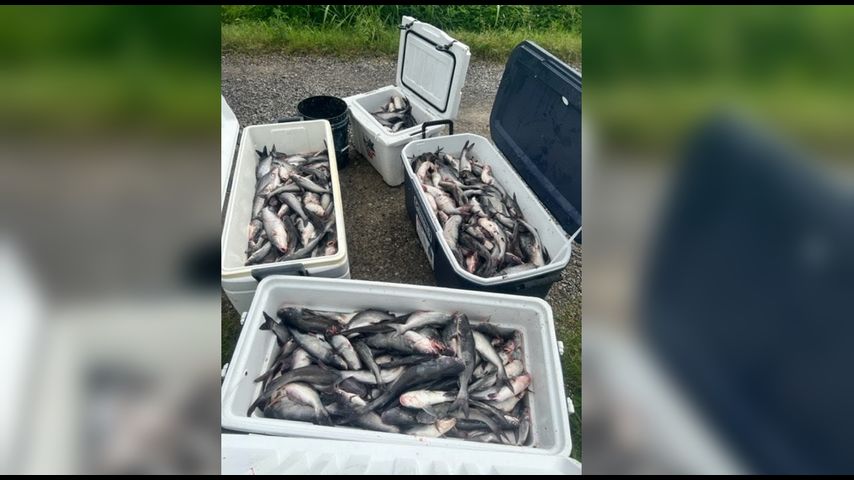 BURAS – Five men are on the hook for fines and possible jail time after wildlife agents caught them with several hundred catfish along the Mississippi River on Wednesday.

The Louisiana Department of Wildlife and Fisheries said agents found the men, all from Mississippi, fishing on a levee near the Empire Locks. After checking their ice chests, agents found them in possession of 665 blue catfish, more than six times the daily limit of 100 per Louisiana law.

The following men were ticketed for violations including keeping too many catfish and fishing without a license.

The fish were seized and donated to Hunters for the Hungry, a Baton Rouge-based organization that feeds those in need.

The men face up to 90 days in jail and could be fined up to $500 for illegally keeping the fish, and those caught without a license face another fine of $350. The men must also pay nearly $500 to help restock the catfish.