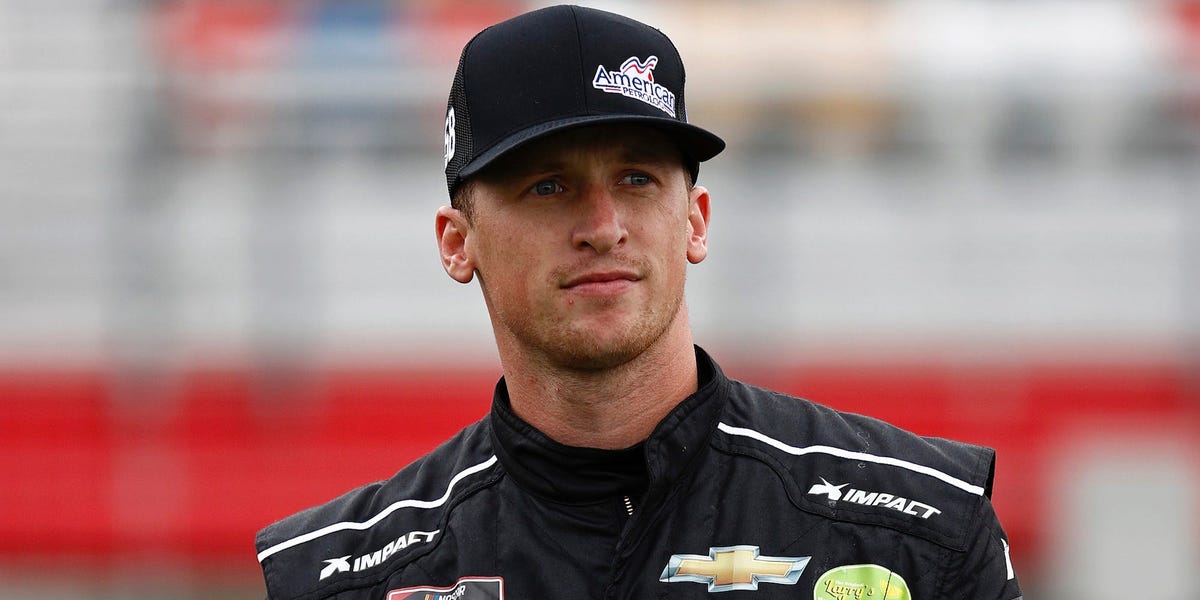 Brown, 28, on Thursday announced a cryptocurrency sponsorship deal with LGBcoin.io, which would include the phrase “Let’s Go Brandon” on his car.

However, a NASCAR spokesperson told Motorsport.com that Brown had “jumped the gun” in announcing the deal.

Max Marcucci, who represents Brown, told USA Today that NASCAR had provided written approval for the deal before Brown announced the sponsorship.

“I don’t know where the disconnect was,” Marcucci told USA Today. “I don’t know what happened, any internal conversations. But we’re just going to try to work through whatever happens next.”

According to The New York Times, as Brown won his first national series race at Talladega Speedway in October, fans began chanting “Fuck Joe Biden.” A reporter interviewing Brown about the victory attempted  to cover up the chants and said fans were chanting “Let’s go Brandon.”

The phrase was quickly adopted in right wing circles as a euphemism for “Fuck Joe Biden.”

Brown told The Times that he was uncomfortable with his name being connected to the message, saying, “I have zero desire to be involved in politics.”

Brown told The Times that he is a Republican but didn’t feel comfortable speaking out about politics. He said he wanted to take back his name and the slogan to turn it into something “productive.”

NASCAR president Steve Phelps has previously said the organization wasn’t happy with a NASCAR race being the start of the euphemism.

“No, we’re not happy about that. But we will continue to make sure that we have respect for the office of the president,” Phelps said in November.