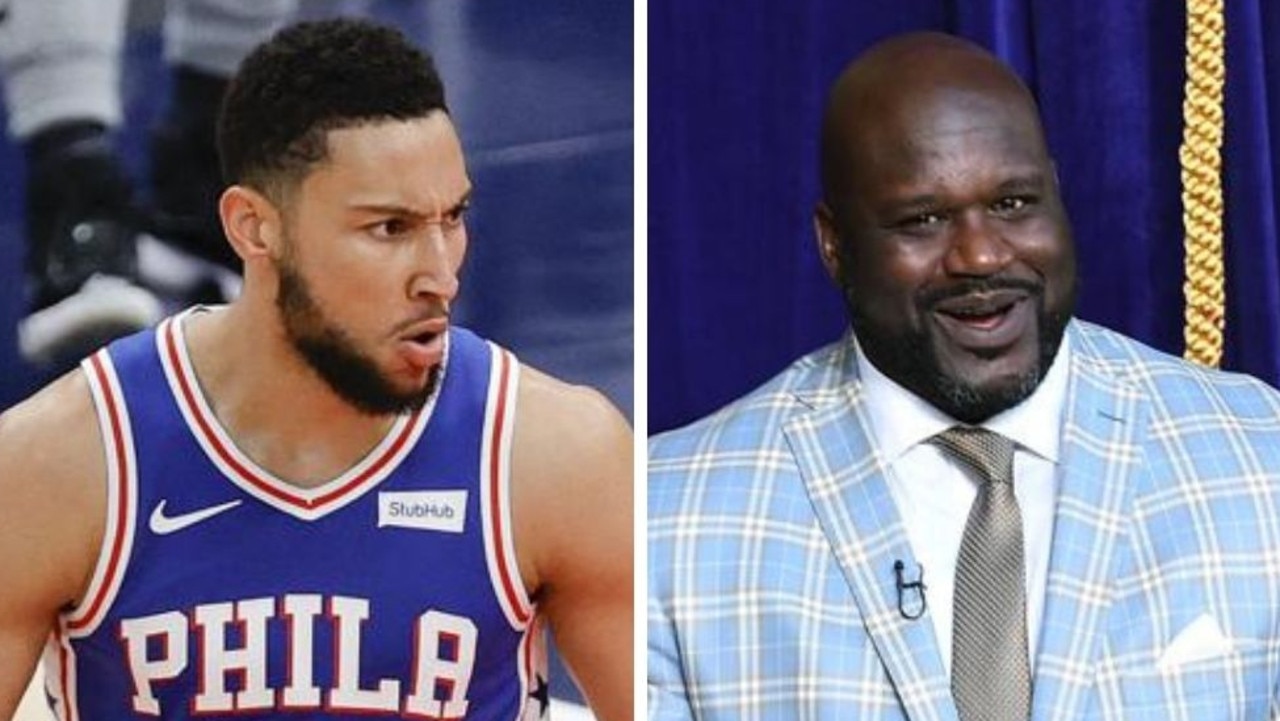 Shaquille O’Neal revealed an angry Ben Simmons slid into his DMs after the NBA icon attacked him for his ongoing trade saga.

The New York Post reports on a recent episode of his Big Podcast, Shaq said the estranged Sixers guard was mad about O’Neal’s latest comments calling him a “crybaby” and messaged him on Twitter.

When Turner asked what was said between the former LSU stars, O’Neal replied, “I don’t — I can’t do that” multiple times before noting that Simmons “was mad” in the messages.

“All I said is, ‘You’re leaving your man out there, you need to play.’ That’s all I said,” said O’Neal, referring to fellow 76ers star Joel Embiid.

“He said some things, but I’m not going to elaborate on what he said because that’s not cool. “He was mad. Yeah he was probably mad because I’m his LSU brother. I’m still his brother.”

O’Neal was referencing his rant about Simmons on “Inside the NBA” on TNT last Thursday.

The Lakers legend called Simmons a “crybaby” last week, and said he doesn’t “respect” him, while refusing to name the Australian All-Star. Shaq was comparing Simmons to Embiid, who has carried the load in Philadelphia in Simmons’ absence.

Simmons has not played a single game this season after he asked for a trade in the off-season during a summer holdout with the team. He later skipped training camp and informed the Sixers that he did not feel mentally ready to play.

The 31-20 Sixers are more than just surviving without Simmons.

Philadelphia entered Friday in third place in the Eastern Conference, a game and a half behind the first-place Bulls, thanks to Embiid and the ever-improving play of Tyrese Maxey, Simmons’ replacement at the point.

The Cameroonian centre posted a double-double (27 points, 14 rebounds) in a 106-103 loss to the Wizards on Wednesday and is playing at an MVP level, averaging a career-high 29.1 points with 10.8 rebounds and 4.4 assists.

Simmons’ rift with the team began after the Sixers were eliminated in the playoffs by the Hawks in seven games last June.

The point guard put on a historically poor offensive performance and reportedly took issue with how Embiid and Sixers coach Doc Rivers handled questions about him after the series.

On Tuesday, ESPN reported Simmons watches every Sixers game and has been working out privately at the team’s practice facility in New Jersey. He reportedly attends team shootarounds and film sessions to avoid being fined, despite reports he has lost a whopping $26 million in fines so far this season, and is losing $500,000 for every game he misses.

But Simmons isn’t ready to return — at least as a member of the 76ers.

All eyes are on Philadelphia as the trade deadline approaches on Feb. 10. The Sixers play the Mavericks in Dallas on Saturday.