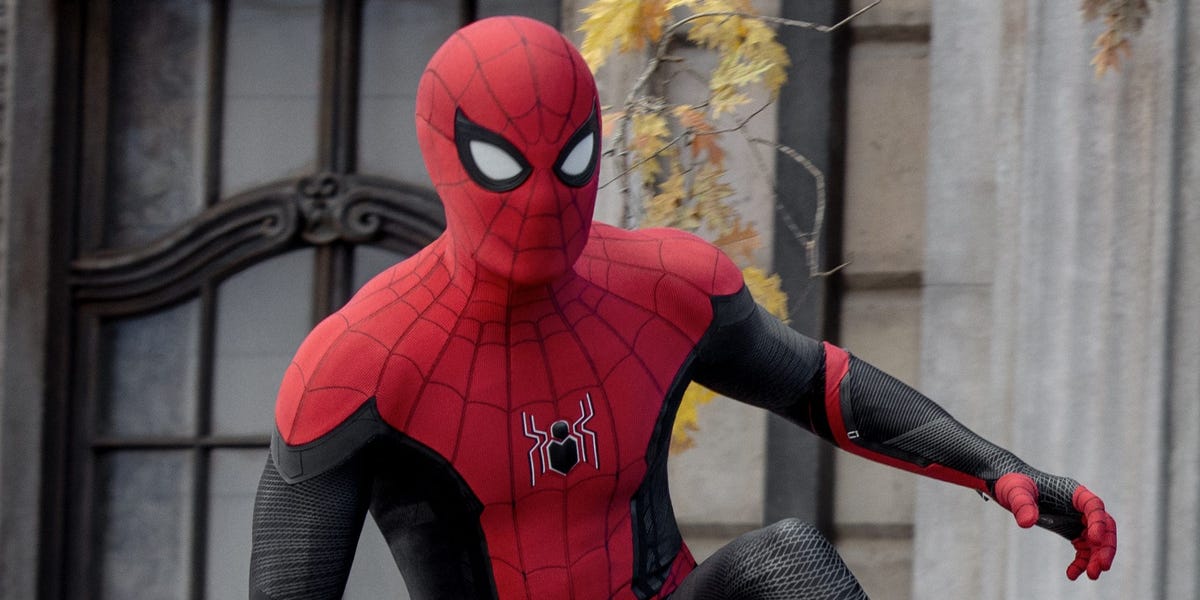 Tom Holland’s Spider-Man ditches his Tony Stark suits at the end of “Spider-Man: No Way Home” for a new home-made costume that appears to feature a few personal touches from the hero himself.

While many noted it looks like the most comic-book accurate costume to date, you may have missed that it also appears to contain nods to Tobey Maguire and Andrew Garfield’s Spider-Men.

Take a close look while Holland’s Spidey swings through New York City at the film’s end. Many fans are convinced the new suit is an amalgamation of attributes from the former Spider-Man suits.

You’ll notice the front of Holland’s new suit has a black spider that looks reminiscent of the Maguire-era Spider-Man. The second is harder to catch, but the back of the suit contains a longer, red spider. While the back of Maguire’s suit also contains a red spider, Andrew Garfield’s iteration of the character has a similar logo on the back of his suit.

It would be a nice nod to Parker’s kinship with the other two Spider-Men who he surprisingly meets, teams up with, and gets some superhero advice from in “No Way Home.”

In an interview with Marvel.com, Holland likened the trio’s relationship to the character as “a brotherhood.“

Now, it seems like, Peter will always have his Spidey brothers with him as he moves forward in his next adventures as the web-slinger.

“Spider-Man: No Way Home” is in theaters now. You can read our review here.