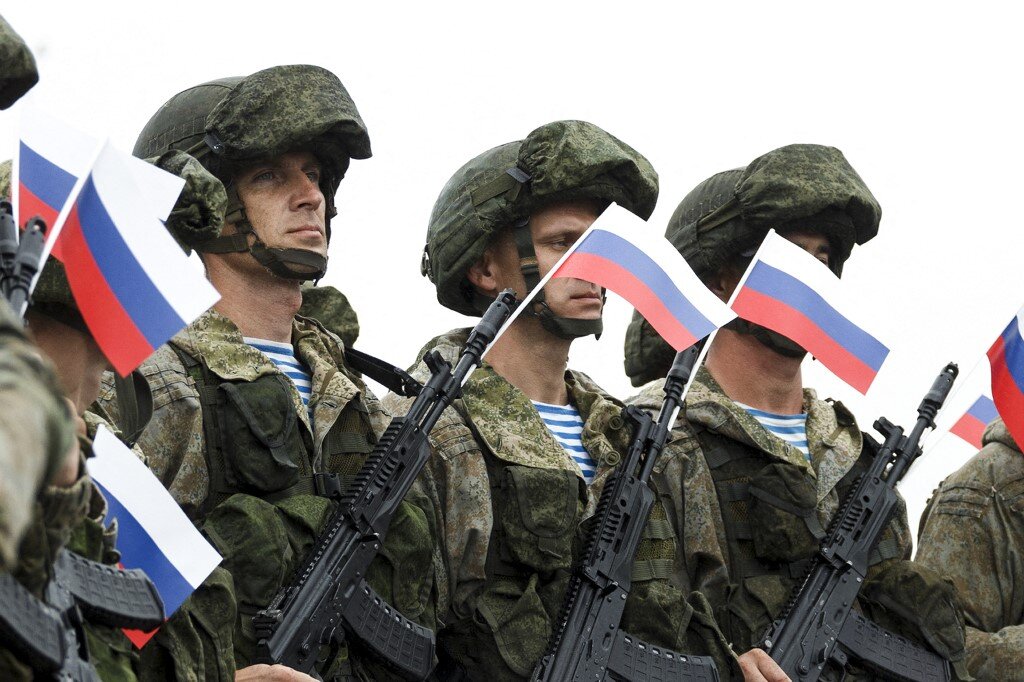 
In this handout photo released by the Russian Defence Ministry Press Service, Russian servicemen attend the opening ceremony of the “Zapad-2021” joint strategic exercise of the armed forces of the Russian Federation and the Republic of Belarus at the Mulino training ground in the Nizhny Novgorod region on Sept. 9, 2021.

A study of weapons and ammunition used in the war in Ukraine shows that Russia has been systematically fanning the conflict with arms shipments, according to a new report funded by the European Union and the German government. The study is hardly the first to reach this conclusion: the United States and European countries have sanctioned Russia for years for arms transfers to separatist forces they say Moscow is supporting in Ukraine.