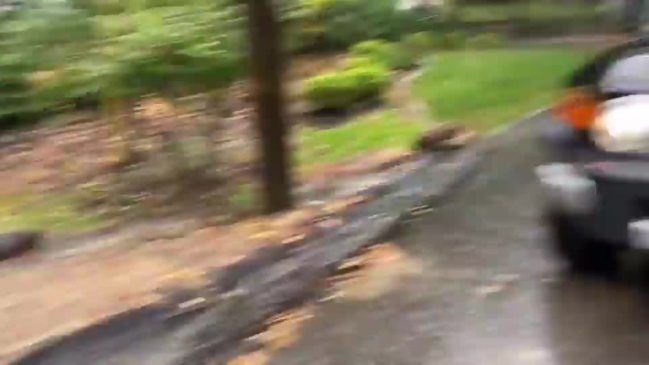 Raging floodwaters streamed across the streets of Cresskill, New Jersey, on Tuesday, October 26, as a nor’easter storm pounded the region. This footage filmed by David Berger shows flooded streets on Tuesday morning, he said. A state of emergency was issued for New Jersey as 10 counties remained under a flash flood warning and 11 others were under a flash flood watch, Gov Phil Murphy said. Remnants of Hurricane Ida had caused deadly flooding across the state and surrounding regions in September. In a Tweet, Berger said Ida had flooded the local middle/high school. Credit: David Berger via Storyful