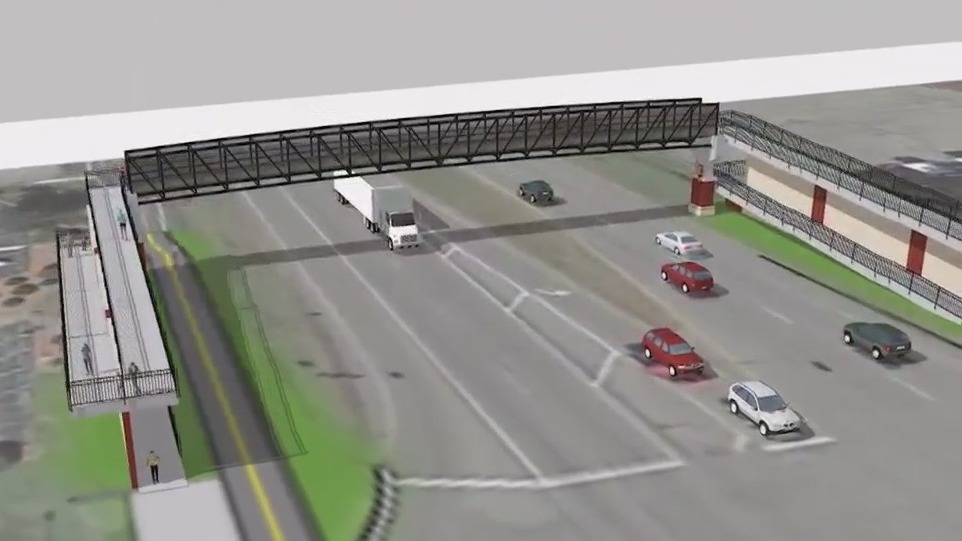 EVANSVILLE, Ind. (WEHT)- It’s a busy intersection, near one of Evansville’s historic high schools, but now- there’s continued optimism to make the Highway 41 crossing at Washington Ave a little bit safer for Bosse High School students who cross the major thoroughfare every day on their way to school.

For years, school leaders and community members alike have called for a pedestrian walkway bridge over the intersection, considered by INDOT to be a “high crash location.” Sheila Huff worked for the school for over 30 years, first as a teacher and coach and then as a principal.

Over the years, Huff says there have been a number of close calls for students but no one ever helped make the intersection safer- even as similar walkways were built in other parts of the city.

INDOT official Gary Brian says Wednesday’s public comment hearing wraps up this early stage of the process, along with the environmental impact portion of the project. Brian says “project letting” to get construction started will begin early next year, with hopes for the project to be “fixed up and ready to go” by the end of 2023.

The overpass is currently slated to be built just north of the intersection, with ramps extending within feet of the crosswalk itself. Pigeon Township Trustee Mariama Wilson says the walkway will improve safety and ease the concerns of Bosse High School parents.

For Huff, getting the walkway built is just another important step to give students what they need to feel safe, and successful.