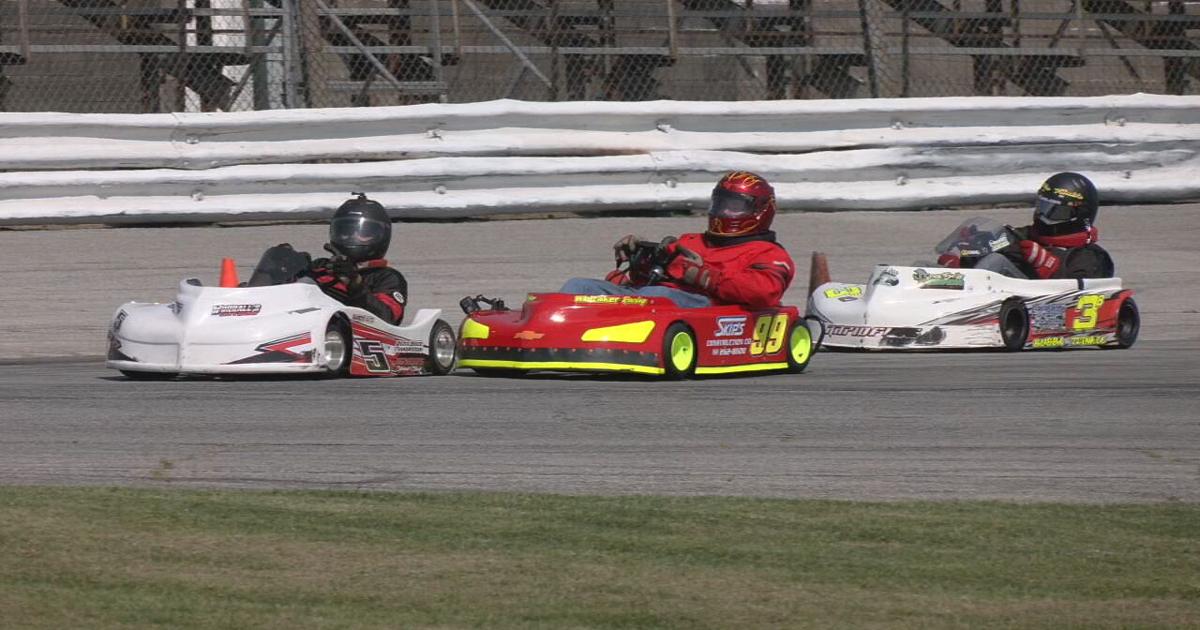 CLARKSVILLE, Ind. (WDRB) — Finding the drive to achieve has never been an issue for Austin Whitaker, figuratively or literally.

With the help of his family, he puts in the work it takes to reach the finish line, whether overcoming life’s challenges or speeding past the actual finish line in his go-kart.

It’s why racing at Clarksville’s Sportsdrome Speedway at 1207 Kopp Lane in Clarksville fits him like a glove. His vehicle of choice is a go-kart on steroids.

“This is not Kart Kountry,” said Skip Whitaker, Austin’s dad.

“You’re doing 50-55 mile an hour, sitting an inch off the ground, no seatbelts, inches away from the guy next to you,” Austin Whitaker said. “Between the speed, the great friends and the people you’ve got around you, it’s something special.”

But a life-changing moment threatened to slam the breaks on all of it.

“The first thing he said to me in the emergency room when I showed up, he said, ‘Dad, I guess my dreams of racing are gone,'” Skip Whitaker said.

“When it happened, I was about nine months out of high school,” Austin Whitaker added.

He was young man getting his first taste of freedom, living in an Old Louisville apartment he and his buddies could finally call their own.

“There was a knock at the door,” Austin Whitaker said. “I get up, go answer it, and there were five guys with guns. They push past me and hold me and my friends at gunpoint. After pinning two of them up in the corner, one of their buddies shot me in the back.”

As the neighborhood began to light up in red and blue, a wounded Austin Whitaker tried to stand.

Days in the hospital, rehab and unimaginable pain would follow. Nothing hurt worse though than a discussion with a doctor.

But remember what he said about telling him he can’t do something?

“I’m too stubborn to stay in this wheelchair,” he said.

Not only can he now stand, he’s walking half-a-mile on a treadmill and racing on several summer nights at the Sportsdrome.

His dad, a former racer himself, makes changes to the go-kart that work for his son: The gas pedal can be triggered by hands instead of feet.

Austin Whitaker started racing about a year ago, and his first win came just a few races later.

“To see that smile from ear-to-ear, I haven’t seen that boy smile like that since he got shot,” Skip Whitaker said.

“It’s taken a lot of effort, and a lot of struggle,” Austin Whitaker added.

He found the fuel to make it laps further than others thought he ever would, inspiring the racetrack long before crossing the starting line.