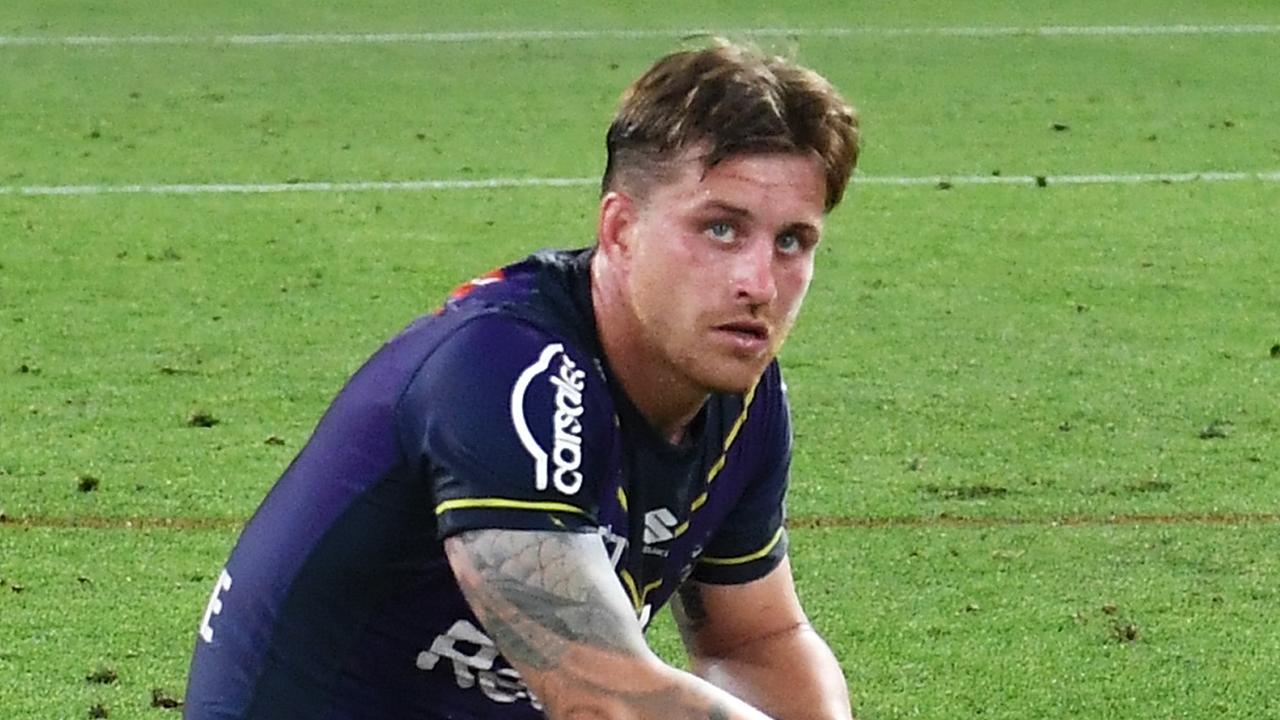 After completing a four-week rehabilitation program, NRL star Cameron Munster has opened up about his “embarrassing” addiction.

Melbourne Storm five-eighth Cameron Munster has opened up about his addiction to gambling and alcohol that has plagued his playing career.

In September, footage of Munster and two Storm teammates in a room with white powder circulated social media, prompting an NRL investigation.

A separate video showed the 27-year-old dancing on a table and clutching what appears to be a small package containing white powder.

Munster was subsequently axed from the Storm’s leadership group and handed a suspended fine to the tune of $100,000 by the club.

Catch every moment of The Ashes live and ad-break free during play on Kayo. Join now for just $5 for 2-months Kayo Basic. New customers only, ends 13th Dec.

In an emotional press conference after the video was leaked, Munster announced he would enter a four-week rehabilitation program at a Queensland facility to deal with his “difficult relationship with alcohol”.

Speaking exclusively to The Daily Telegraph, Munster detailed how an alcohol and gambling addiction impacted his career in rugby league.

The five-eighth admitted his form on the field suffered following a weekend betting spree. In the interview, he revealed that he lost $50,000 through gambling in one day during lockdown earlier this year.

“At one stage I had no fingernails left,” Munster told The Daily Telegraph in an exclusive tell-all interview. “I’d be chewing them off while watching a race.

“Every Saturday I was in a gambling routine. Some days I’d win and have a really good game.

“I’d have this anxiety about a big loss hanging over my head and it showed in the way I played. The days when you do your arse are shocking.”

Munster also revealed that he once placed a bet in the sheds before a game, hiding from teammates and coaching staff in a toilet cubicle to watch the race on his phone.

“I’m so embarrassed now to even think about it,” he said.

“I don’t want to be walking down this dark path anymore.

“I’ve sat down and worked it out. Some years I’ve lost more than six figures from my savings.”

In July, Munster revealed that his partner Bianca McMahon was pregnant, with the baby due in December.

Last month, Melbourne Storm chief executive Justin Rodski revealed Munster is already back training with the club on a voluntary basis and believes the 27-year-old “has the ability to improve again”.

“He’s finished his stint in his rehab clinic, he’s come back in really good shape,” Rodski said in November.

“He returned to training yesterday with some of the new guys who have arrived back early.

“His mindset is really positive and we’re really looking forward to him having a big pre-season and focusing on making sure he puts all the necessary steps in place to improve himself as a person and as a player.

“I know from speaking to him yesterday, he’s really committed to that.

“He’s really excited by that. We think he’s an incredible player who has the ability to improve again.

“I’m really confident the work he’s put in already and the commitment he’s showed to getting better as a person will help him to be a better player as well.”

Read the full interview with Cameron Munster on The Daily Telegraph