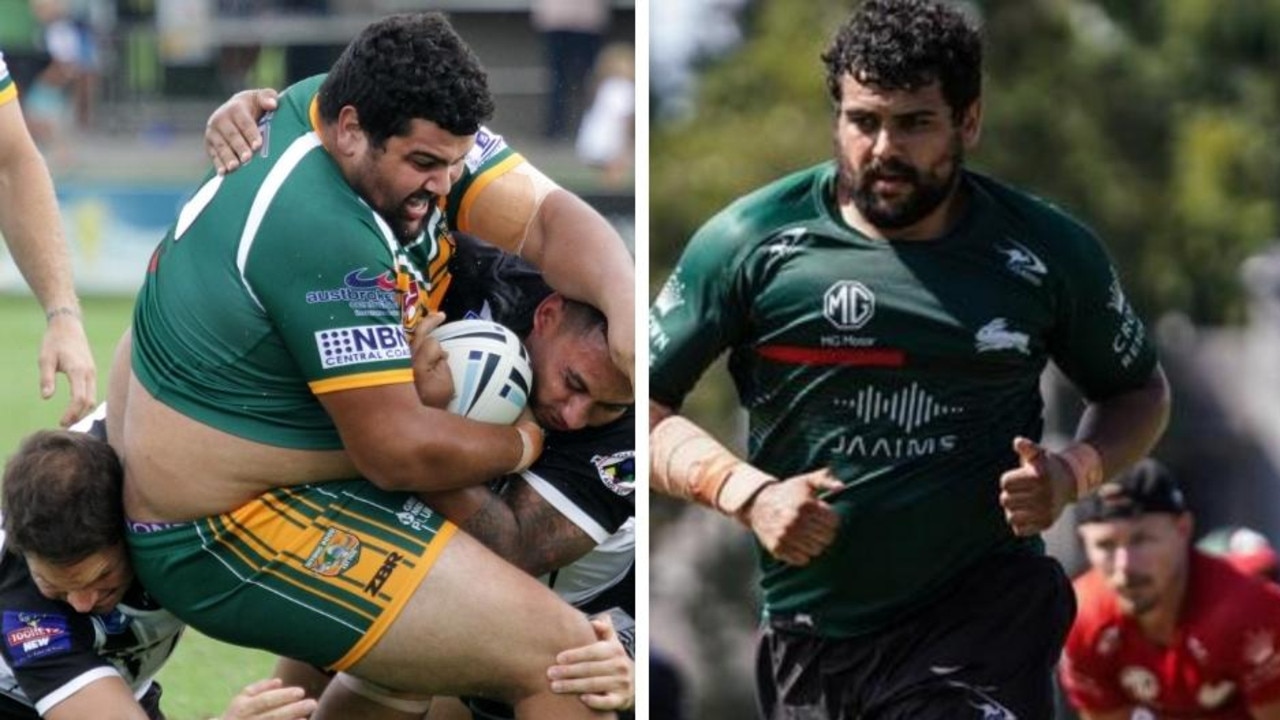 Latrell Mitchell’s older brother has shed 25kg, transforming his body in a desperate bid to revive his rugby league career.

Latrell Mitchell’s older brother has shed more than 25kg in a matter of months, transforming his body in a desperate bid to revive his rugby league career in 2022.

The 25-year-old Shaquai Mitchell fell out of love with the sport a few years ago due to injury and a depression battle, at one stage tipping the scales at 167kg.

Stream every game of every round of the 2022 NRL Telstra Premiership Season Live & Ad-Break Free During Play on Kayo. New to Kayo? Try 14-days free now.

But the older Mitchell brother has been training with the South Sydney Rabbitohs in the off-season, dropping dozens of kilos in the process. The front-rower is now below 120kgs, according to a report from the Sydney Morning Herald.

Shaquai competed in the NSW Cup last winter, and is targeting an NRL debut with the Bunnies in the 2022 season.

South Sydney coach Jason Demetriou said Shaquai, who is currently on a $1000 per week deal at the club, would feature in the Rabbitohs’ first trial against the North Queensland Cowboys in Cairns on Saturday, February 19. However, no members of the grand final side would take part.

But the Mitchell brothers could play alongside each other in the Charity Shield fixture the following weekend. They were previously Roosters teammates, winning the SG Ball competition together in 2014.

“He’s certainly got the skill set, and he’s now got himself into shape to become that,” he told the Sydney Morning Herald.

“He still has a fair bit of work to do, he knows that, and this pre-season wasn’t about him trying to prove to us he will be ready to play in the NRL in round one. It was about him showing us he’s on the right path and potentially able to play in the NRL.

“He played in our NSW Cup side last year, he wanted to give his footy career another crack, he lost a lot of weight and we saw enough in him to give him a full pre-season to see what kind of shape he can get himself into.

“To his credit, he’s been first class, dropped a lot of weight, moves really well and has good skill levels for a big man – his skill level is as good as any one of our middle forwards.

“Shaq understands the opportunity in front of him because he didn’t make the most of the one he had before. It doesn’t matter if you succeed or fail, it’s a matter of making sure you don’t live with any regrets.”

Latrell will miss the opening two rounds of the NRL premiership for his controversial late shot on ex-teammate Joey Manu last year.