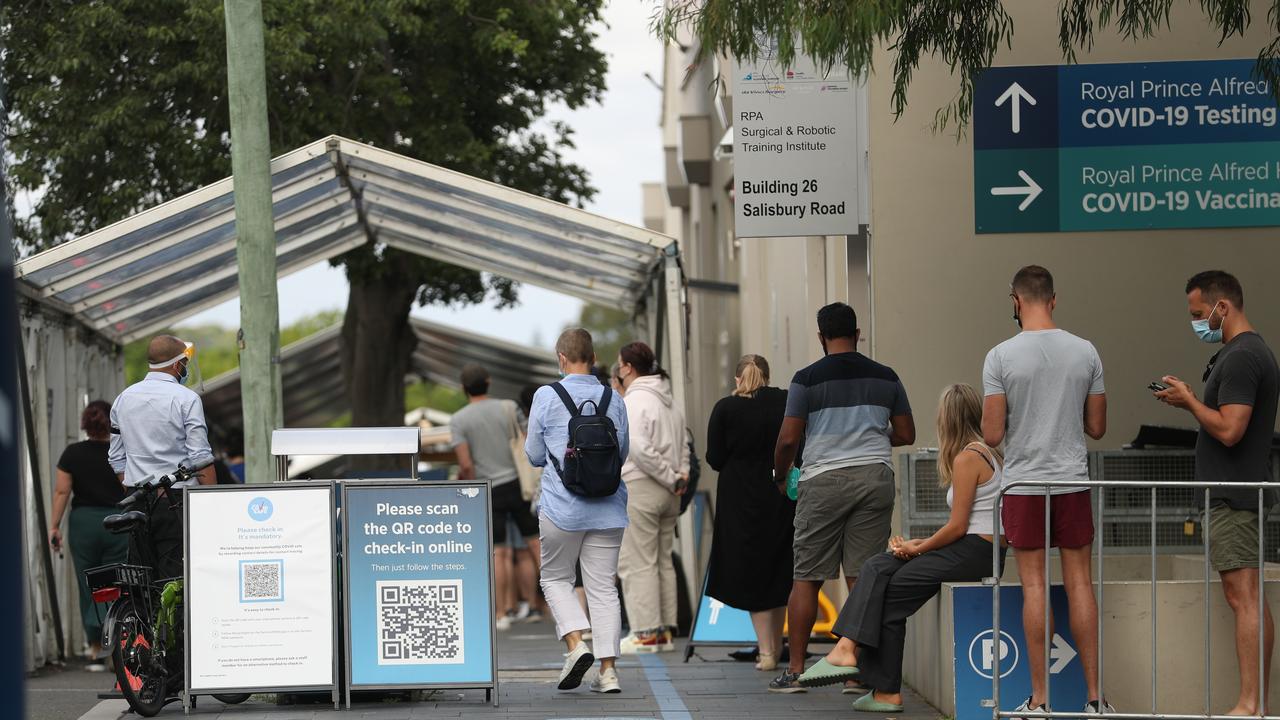 NSW has recorded 5612 new Covid cases with the Omicron variant continuing its rapid spread across the state.

NSW has recorded 5612 new Covid-19 cases and one new death on Friday.

There are 382 people in hospital with the virus, with 53 of those in intensive care.

Of the over 16 population, 93.5 per cent are double-dose vaccinated, while 94.9 have had at least one shot.

It comes as Covid-19 restrictions return in NSW.

Indoor masks must be worn as of midnight in NSW as the state recorded 5715 new Covid-19 cases and one new death on Thursday.

QR code check-ins are also mandatory in most settings including hospitality and retail.

The daily infection numbers have dropped slightly from Thursday, when 5715 new cases were recorded – the most of any Australian state or territory since the pandemic began.

Hospitalisations and ICU presentations remain relatively low but they have increased from 347 and 45 respectively on Thursday.

New cases leapt by almost 2000 from Wednesday, when 3763 infections were reported.

Covid-19 restrictions have returned overnight in NSW in time for Christmas, in response to soaring infections fuelled by the Omicron variant.

Masks again need to be worn indoors in NSW and QR code check-ins are also mandatory in most places including hospitality and retail venues.

“We believe today’s changes are modest, cautious and take a precautionary approach. As we move through this holiday period to the end of January the system is in a very strong position,” Mr Perrottet said.

“It looks like the Omicron will be probably five times less severe than Delta,” he said.

“The early signs are encouraging.”

Sweeping mask mandates have also returned in Victoria on Friday as the state recorded 2095 new cases and eight Covid deaths in the past 24 hours.

There are now 397 infected people in hospital with 75 of those active in intensive care and 40 patients on ventilators.

More than 92 per cent of eligible Victorians are fully vaccinated and there are 15,471 active cases in the state.

Acting Victorian premier James Merlino announced on Thursday that masks would become mandatory in all indoor venues outside the home, for those aged eight years or over.

NSW residents are required to wear masks indoors if they are over the age of 12.