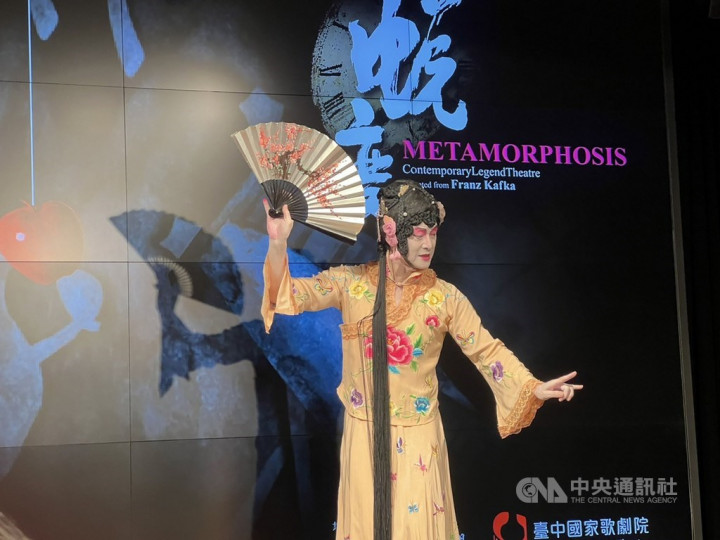 Wu, now in his late-60s, did not explain why he decided to hang up his costume, but the decision came on the heels of his last reprise of King Lear in 2020 and The Tempest in early 2021.

Wu decided to perform “Metamorphosis” for the last time in Taiwan as part of a plan to revisit the classics of his Contemporary Legend Theatre group, which was founded in 1986.

Metamorphosis, which is adapted from Franz Kafka’s namesake novella, was first played in 2013 at the Edinburgh International Festival and more recently in Taipei and Kaohsiung in October 2021.

“Metamorphosis” tells the story of a man named Gregor, who wakes up one morning to find himself transformed into a giant bug and subsequently struggles to adjust to this new condition.

“It’s a story about the inability to escape from society, as well as of alienation and loneliness,” Wu said.

“The show is dedicated to young people,” Wu said, adding that young people are just like the protagonist, but they should stand up for their ideals and goals and not be intimidated by the overall environment.

The solo play consists of six dreams, and Wu splits himself into seven characters. He plays the bug and dresses in drag at some points, while singing, dancing and performing aerobics, without leaving the stage for the entire 110-minute show, according to Chiu Yuan (邱瑗), general and artistic director at the National Taichung Theater.

Wu’s final performances of Metamorphosis in Taiwan will be at the National Taichung Theater Nov. 20-21.