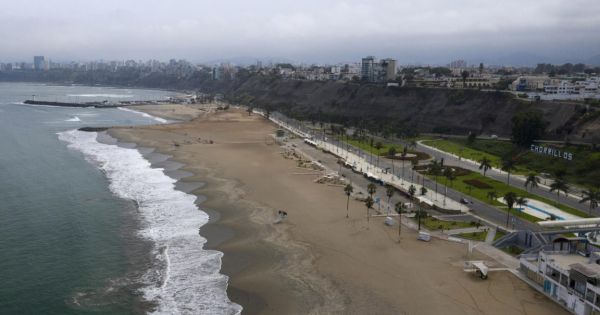 Peru’s Health Minister Hernando Cevallos Thursday said closing the countries’ beaches for the remainder of the Summer season was not on the agenda.

Cevallos insisted the Government would evaluate the behavior of citizens after restrictions were imposed on beaches and closing all beaches throughout the summer season could not be ruled out. It may be that in some beaches a more radical decision is made, but now closing all the beaches of the Peruvian coast is not thought of,” Cevallos said in an interview.

People must understand that this measure is not to harm the company or a person who bought their ticket for accommodation, but to ensure a calmer summer, and avoid more deaths and hospitalizations. The mayors of Miraflores and Chorrillos in Lima agreed to extend this restriction on January 2 and 3, 2022 in the spa centers located in their jurisdictions.

We close our beaches out of respect for the 202,584 victims that COVID-19 has claimed in our country,” said the mayor of Chorrillos, Augusto Miyashiro, at a press conference.

The government of Peru Wednesday announced access to the country’s beaches, lagoons and rivers will be banned on December 31 and January 1, 2022, to contain the advance of the covid-19 pandemic.

Cevallos also explained that the Delta variant was predominant nationwide although the presence of Omicron has been increasing with 116 identified cases, the vast majority of them in Lima. He added that the vaccination teams work continuously to reach the goal of 80% of the population inoculated with the two doses.