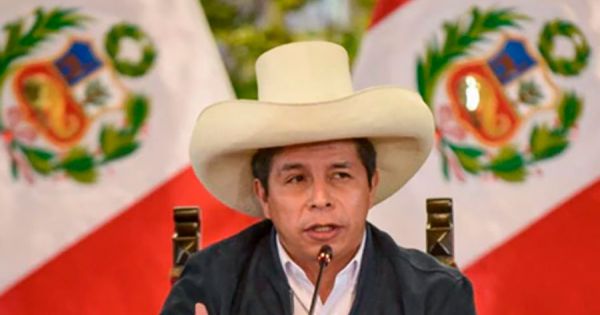 Peru’s President Pedro Castillo has announced his new cabinet reshuffle while opposition lawmakers get ready to file for a new motion of censure against the head of state, it was reported in Lima Wednesday.

Castillo’s third such changeup included a new Economy Minister, something which has been regarded as a nod to local businessmen while the appointment of a new Cabinet Chief would show a turn towards policies more conservative than Castillo’s leftwing campaign speeches heralded.

The newly-appointed Cabinet Chief -Héctor Valer- is a legislator linked to the ultra Catholic group Opus Dei. Valer was elected into Congress on a far right ticket from Popular Renovation (RP), although he later distanced himself from that political group.

Valer replaces Mirtha Vásquez, a leftist parliamentarian and renowned lawyer linked to the defense of human rights and indigenous communities.

Although Castillo’s choices place him closer to rightwing political groups, several lawmakers announced Wednesday they were ready to file a new request for the President to be removed from office after he survived one such challenge in December.

Valer has also been a member of the APRA Party of two-time president Alan García, who committed suicide in 2019 when he was going to be arrested on corruption charges. The new Cabinet chief has been labelled a political opportunist after shifting through various parties he was elected on behalf of the far-right RP, which has not supported his appointment Wednesday.

Valer sought a rapprochement with the winner of the elections and before assuming his seat in Parliament he distanced himself from RP and joined the center-right group Somos Perú, from which he would also depart in January of this year to form a new parliamentary caucus, Peru Democrático, together with six other lawmakers, most of them dissidents from the ruling PL.

The new minister has been accused by his daughter of having physically assaulting her in 2016 when she was 29 years old. Valer is also under police inquiry for serious injuries and also embezzlement.

Vásquez resigned when Castillo refused to support the now former Interior Minister Avelino Guillén, who wanted the Chief of Police sacked for acts of corruption. Castillo has now appointed retired police Colonel Alfonso Chávarry to replace Guillén. Chávarry is also under investigation for alleged drug trafficking and abuse of power.

The new Environment Minister, Wilber Supo, has no proven experience in the field and must now deal with the environmental crisis stemming from the Repsol oil spill.

Economy Minister Pedro Francke has been replaced by the neoliberal Oscar Graham, who is said to represent the same elite which has ruled Peru’s economy for more than three decades. Graham stands for everything Castillo vowed to change during his presidential campaign. Francke leaves a GDP growth of 13% in 2021, and a tax reform proposal so that large mining companies and large fortunes pay higher taxes.

Other changes include the Ministries of Culture, Defense, Agriculture, and Energy and Mines, while Hernando Cevallos stays as Health Minister after a successful vaccination campaign against COVID-19.