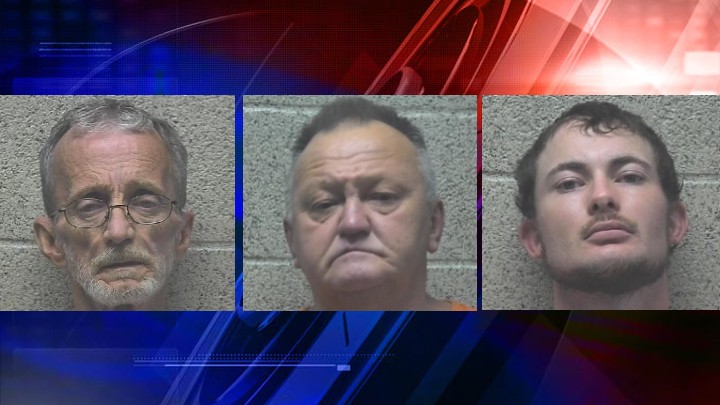 HENDERSON, Ky. (WEHT) – Pennyrile Narcotics Task Force (PNTF) and Henderson County Sheriff’s Office (HCSO) said they have arrested five men for trafficking drugs. The arrest comes after a six month investigation in the East end of Henderson and in the Spottsville, Reed area of Henderson County.

Police identified the suspects as:

PNTF detectives said they obtained arrest warrants for the suspects for selling methamphetamine and cocaine. Detectives found and took an unspecified amount of suspected methamphetamine, digital scales, met wax and drug paraphernalia according to a news release sent by HCSO to Eyewitness News.

All suspects were charged with drug trafficking and may face more charges according to authorities. The release said all suspects were transported and lodged in Henderson County Detention Center without incident.

The PNTF and HCSO were assisted by Ohio County Sheriff’s K-9 Unit. If anyone has any additional information about drug activity in the community, contact Henderson County Sheriff’s Office at (270) 826-2713.