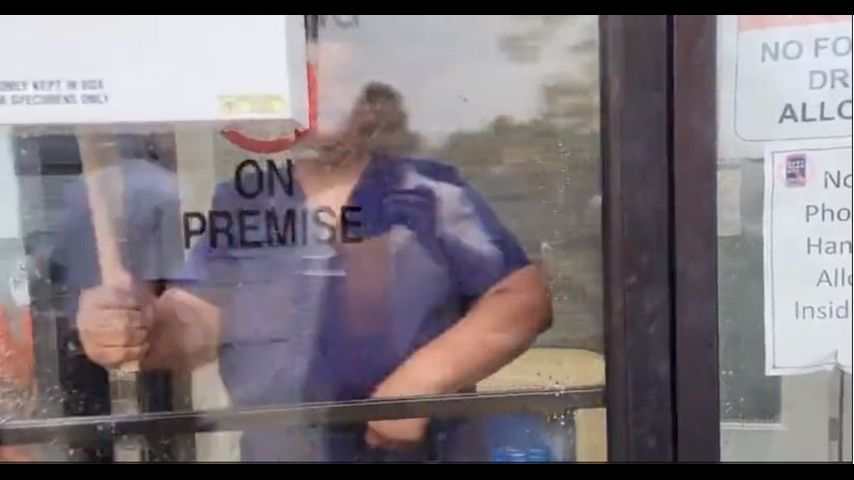 BATON ROUGE – Police said they are investigating a battery complaint involving an activist who recorded himself arguing with abortion clinic workers in Baton Rouge.

Police said they were called to the Delta Clinic on Colonial Drive Tuesday about 2:45 p.m. about a disturbance.

“We’re walking in now,” the man said as he recorded the encounter.  As he approached the clinic, he was told he could not go inside.  The man said he was trying to deliver a letter to the clinic reminding it that the Louisiana Attorney General said performing abortions in Louisiana is a crime.

After being asked to leave, the man told clinic workers to call police. Police said a clinic employee called them because someone was trespassing.

Things escalated, and eventually lead to a woman wearing smocks, appearing to force a door open on the man and swing a wooden stick at him.  One of the phones the man was carrying was knocked to the ground.  The video showed the woman taking the phone inside the clinic and smashing it on the ground.

“A report was filed and the investigation remains ongoing,” police said.

The video was made as Louisiana’s tough position on abortion will play out in court.  Abortion clinics have asked a judge to stall trigger laws that prohibited abortions automatically when the US Supreme Court overturned Roe v Wade.

A hearing is scheduled for Friday in New Orleans over trigger laws in Louisiana.