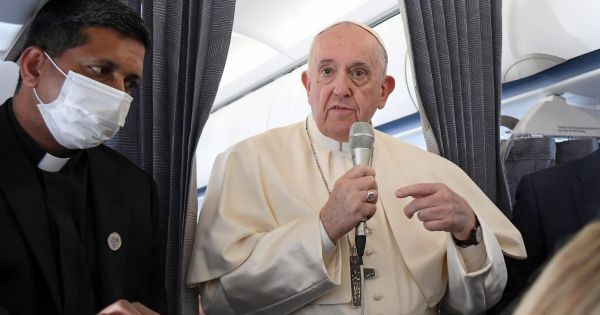 The sins of the flesh are not the most serious said Pope Francis this week in reference to the recent resignation of the Archbishop of Paris. However, he condemned the injustice of the resignation of Michel Aupetit, because of media reports about an alleged intimate relation of the archbishop with a woman.

Aupetit denied categorically such a relation and a diocese spokeswoman indicated that he had an ambiguous behavior with a person he was very close to, and it was no loving or sexual relation.

Aupetit later said he wanted to protect the diocese from the division that always provokes suspicion and the loss of confidence.

But the Pope was critical of the media, when gossip grows, grows and takes away the reputation of a person, that man will not be able to govern, and that is an injustice.

However yes, Aupetir is a sinner as I am, as was Peter, the bishop on whom Christ founded his church”