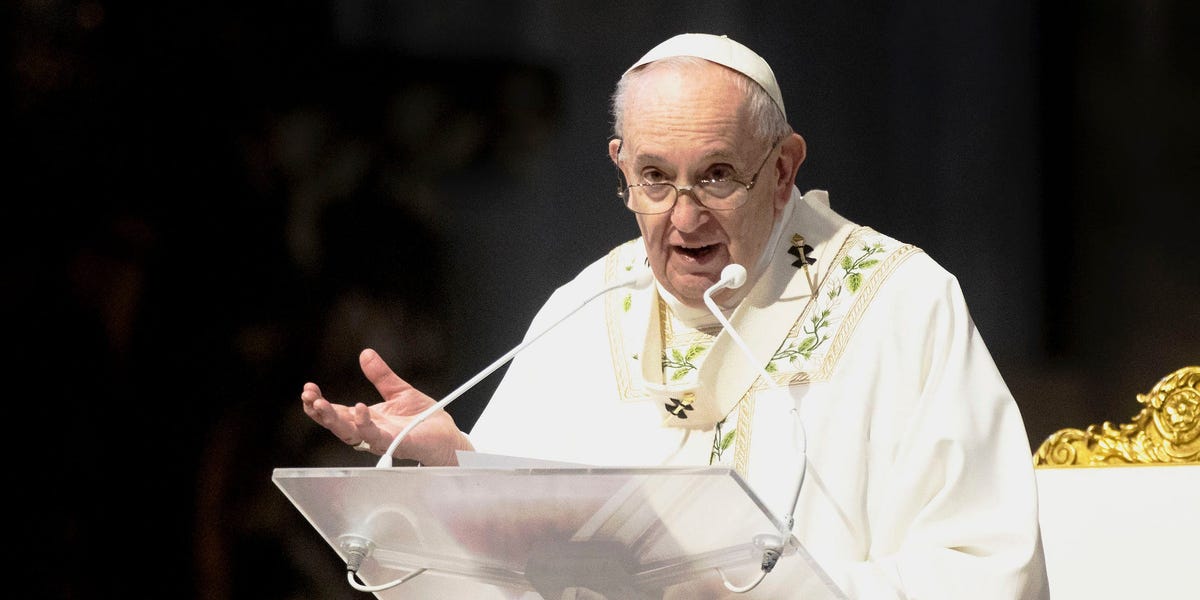 Francis was speaking during a broadcast on Italy’s TG5 network to a woman with four children who fled her abusive husband.

“The number of women who are beaten and abused in their homes, even by their husbands, is very, very high,” he said. “The problem is that, for me, it is almost satanic because it is taking advantage of a person who cannot defend herself, who can only (try to) block the blows. It is humiliating. Very humiliating.”

The Pope’s comments come as UN Women reported a rise in domestic violence throughout the pandemic. Lockdowns have left some women trapped indoors with their abusers, and the strain on the health system has limited access to resources for people dealing with violence.

Prior to the pandemic, a third of women worldwide experienced physical or sexual violence, mostly by an intimate partner, according to UN Women.

In the US, the National Coalition Against Domestic Violence reported that more than 10 million people experience domestic violence every year.

Reuters reported that recent data in Italy showed that every day there were 90 instances of violence against women, with 62% being cases of domestic violence.