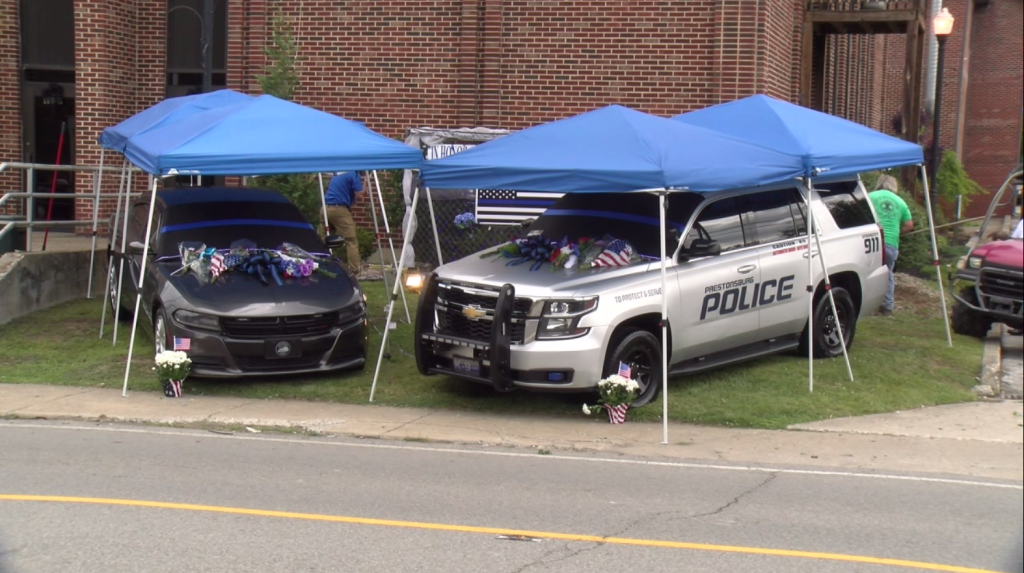 According to the Prestonsburg Police Department, canine handler Jacob Chaffins died Friday due to his injuries. He became the third law enforcement officer to die as a result of the shooting.

“You just never expect anything like that to happen in a small town,” said business owner Jan Joseph.

“I knew all three of them and they were just caring and loving people,” said Nora Absher, who has lived in Prestonsburg for more than $0 years. “They took their jobs seriously, it was just sad how this has totally turned out.”

According to Floyd County Sheriff John Hunt, deputies attempted to serve papers to a home near Railroad Street in Allen. The deputies were met with gunfire.
49 year old Lance Storz was arrested early Friday morning. He faces charges of murder of a police officer, murder, and assault. The arrest report says Storz used a rifle to fire multiple rounds at police. At least three other law enforcement officers and one civilian were injured in the shooting.

The community is now coming together to remember their sacrifices.

“A community like ours pulls together all the time. This brings us together even more,” said Prestonsburg Mayor Les Stapleton.

Over the weekend, the police and fire departments began putting together a memorial outside the municipal building in honor of those fallen officers.”

“They were not just great police officers, but great guys,” said Stapleton. “And we want people to understand that we’re going to do everything we can to honor them. And we honor their memory and we’re gonna honor the service. They were so giving of everything they did.”

The community also held a prayer vigil at the downtown stage from 7-9 p.M. Saturday.
A small step towards healing… As the community bands together.

Storz is currently being held in the Pike County Detention Facility on a $10,000,000 bond. His preliminary hearing is scheduled for July 11th.