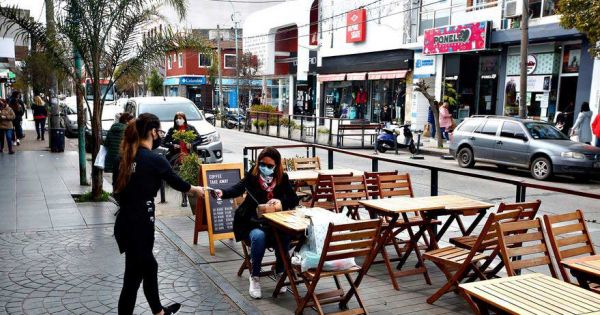 The Argentine Province of Buenos Aires, which concentrates most of the country’s beach resorts, has announced a Health Pass will be required for people over the age of 13 starting Dec. 21.

The vaccination certificate for those with two doses of any COVID-19 immunizer will be required to attend crowded events and also to appear before government offices.

Among those large-scale events are those of a cultural, sporting, religious, and recreational nature at indoor venues.

The document will also be required for workers who deal with clients on a face-to-face basis.

The full vaccination treatment needs to have been administered at least 14 days prior to the event. The certificate is valid both in print and in its digital version.

According to reports, there was no mention of hotels and restaurants, something most tour operators feared with the Summer season ahead, because it might have resulted in major cancellations.

Meanwhile, the federal government is working on a Health Pass of its own.

Also Monday, Argentina has announced the first local case of the Omicron variant in the country. It is a traveler who arrived from South Africa and has been placed in isolation despite showing no symptoms. The 38-year-old resident of the Argentine province of San Luis returned from South Africa Nov. 30.

”The traveler presents a complete vaccination scheme and a history of COVID-19 in March 2021. A PCR test was performed prior to the return trip to Argentina (where he arrived via the United States) according to the established protocols, with a negative result, the Health Ministry said in a statement.

An antigen test for SARS-CoV-2 is performed upon arrival at the Ezeiza International Airport, also with a negative result. He is transferred from the airport to his home in the province of San Luis in a rental car with a driver, and placed under isolation, the document went on.

On December 2, the traveler learned that people with whom he was in contact at the work event in South Africa were diagnosed as positive Covid-19 cases, which is why he consults the local health system, despite being asymptomatic, the authorities further explained. Thus, a new diagnostic test for SARS-CoV-2 (Antigen Test and PCR) is performed, yielding both positive results,” thus confirming the first local case of the Omicron variant.

The traveler has had four close contacts, all of whom have been placed under isolation pending tests results which have so far come in negative. the four individuals are also asymptomatic.