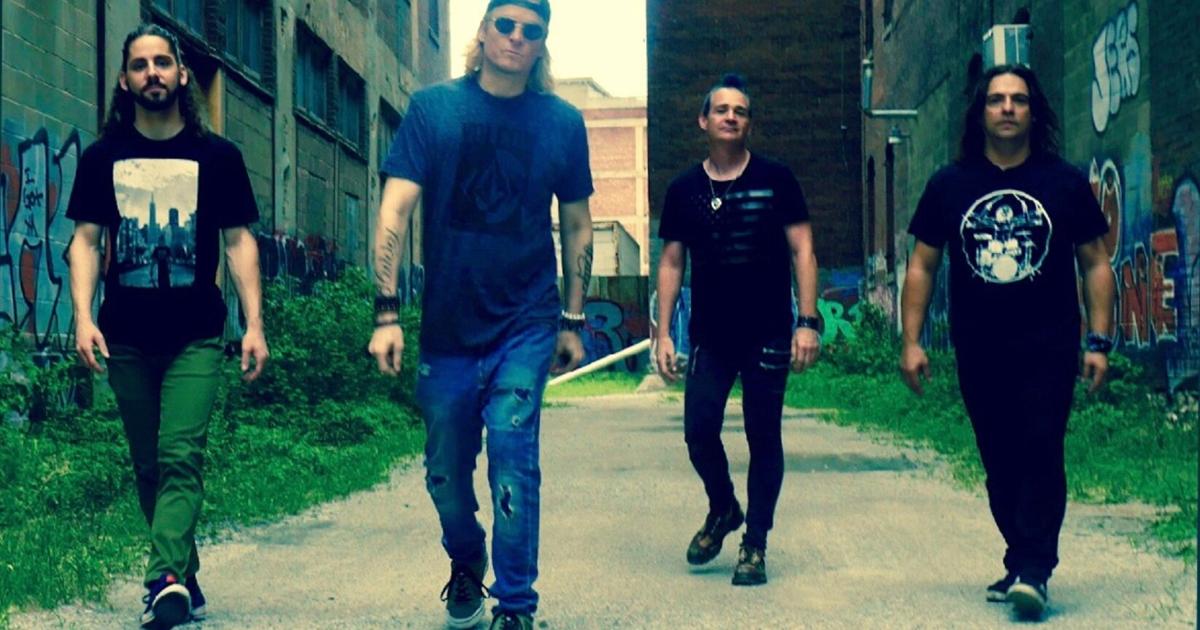 Fittingly, one could liken Wes Scantlin to the A- and B-sides of a record.

His A-side: The one audiences see when he takes the stage as lead vocalist and guitarist for veteran rockers Puddle of Mudd.

And the flip-side: The guy who spent the evening prior to this interview gluing rhinestones, sparkles, beads and such on a Gibson SG guitar.

The 50-year-old Kansas City, Missouri, native brings the latest incarnation of his 31-year-old band to The Texas Club on Friday night. Local group Burnhouse will open the 9 p.m. show.

“I’m a very creative person, you know, like last night, I just spent all night bedazzling a brand-new guitar of mine and it looks really, really freakin’ cool, actually,” Scantlin said last week from Granada Hills, California. “I played a couple of little jams, whatever, and went to sleep.”

Later on, he’ll elaborate about a similar guitar he temporarily possessed.

“I actually had one that was given to me from Gibson as a loaner that was already bedazzled. It was an SG as well,” Scantlin said. “I guess Avril Lavigne, she wanted to use that on her world tour, so I had to give it back so they could give it to Avril.”

Sort of like their children, guitarists are apt to share stories about their musical instruments past and present.

“Forty-five Les Pauls, memorabilia, all my awards for going to play for the soldiers in Iraq and Kuwait and Korea, Germany, all the bases around the whole world,” Scantlin said, listing the storage unit full of treasured belongings he’d lost in the course of a divorce in 2012.

“I have 10 or 11 guitars now. I don’t need 45 guitars anyway,” Scantlin admitted. “I hope it just goes to little kids or something, who are trying to learn to play guitar.”

There’s that B-side again, the kinder, gentler Scantlin who these days stands in stark contrast to the raucous ’90s rising music star known for his numerous off-stage run-ins with the law and drunken tantrums on stage.

Scantlin’s erratic behavior surely could be seen as a catalyst for the band’s many changes in lineup over the years. He’s the only original member of Mudd, which counts four current members and 11 alumni.

“Fortunately, I’ve been blessed with a bunch of really great musicians for the last like decade now,” Scantlin said. “All my homies and stuff are just really talented musicians and I love jammin’ with them. We tour together fine. You’ve got to be able to be compatible with someone that’s playing alongside you. I’m fortunate to have that.”

When the single “Uh Oh” (and accompanying video) from Puddle of Mudd’s last album, 2019’s “Welcome to Galvania,” gained traction, some fans mistakenly saw it as an ode to Scantlin’s troubled past.

“So when I heard it I was like, that really is like catchy, and it kind of hit home with me anyway, because I’ve had some like ups and downs and some weird things happen in my life. So it kind of resonated with me on that level.”

Scantlin said the pandemic gave him the break to write incessantly for the band’s soon-to-be-released-but-as-yet-unnamed sixth studio album. It’s another sign that Puddle of Mudd’s music and Scantlin are far from drying up.

“I’ll do it for as long as I possibly can do it. I’ve thought about calling it quits, but the fans will probably like kill me or something,” he said.