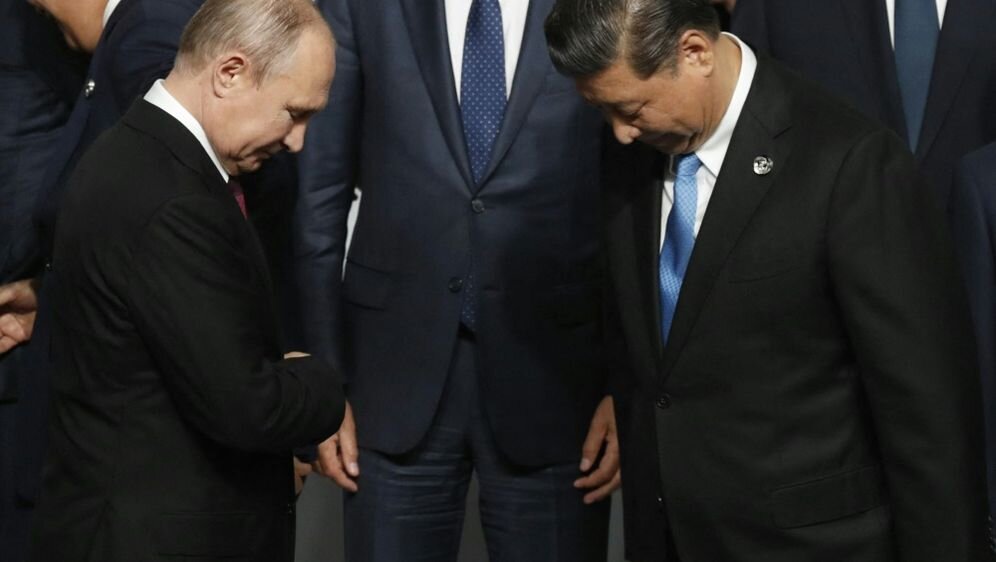 
Vladimir Putin and Xi Jinping pose for a photograph before their talks in Beijing, China.

Chinese President Xi Jinping and Russian President Vladimir Putin have signed a joint statement in Beijing, in which the leaders call on the west to “abandon the ideologized approaches of the cold war” amid deepening divisions between Moscow and Western capitals over Russia’s continuing buildup of troops and heavy armor on the border of Ukraine.

In the joint statement released by Moscow and Beijing, Putin and Xi call on NATO to rule out further expansion in eastern Europe and criticized the Aukus security pact between the US, UK and Australia:

“The parties oppose the further expansion of NATO, call on the North Atlantic alliance to abandon the ideologized approaches of the cold war, respect the sovereignty, security and interests of other countries, the diversity of their civilizational and cultural-historical patterns, and treat the peaceful development of other states objectively and fairly,“

Xi and Putin are due to attend the Olympic opening ceremony on Friday evening along with leaders from 20 other countries.

Notably, the US, UK, Japan and several other countries are diplomatically boycotting the Beijing Games.

Denmark’s foreign minister Jeppe Kofod said in late January that Copenhagen had decided to join the diplomatic boycott due to being “very concerned about the human rights situation in China.”

Late on Friday India became the latest country to join the boycott after China selected a commander involved in 2020 border clashes between the two countries as an Olympic torchbearer in the torch relay leading up to the Games.