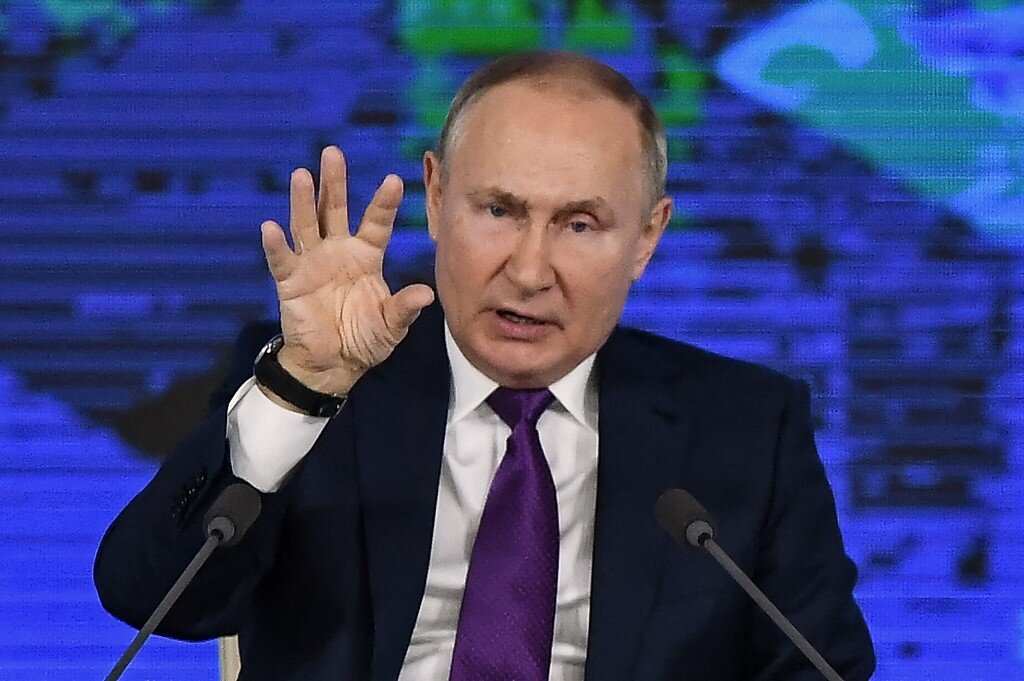 There were no surprises today when Russian President Vladimir Putin delivered his annual marathon news conference.

Putin continued in his bellicose tone to demand from the West that it promptly deliver “security guarantees” on Russia’s terms, and at Ukraine’s expense, and to demonize Kyiv and Ukraine’s democratic European self-identification.

The Russian president claimed it was impossible for Moscow to have good relations with the present Ukrainian leadership, alleging that President Volodymyr Zelensky is being manipulated by “radical nationalist forces.”

“This is not our choice, we do not want this,“

he told reporters when asked about the possibility of a new war.

Putin again denied that Russia is an aggressor in eastern Ukraine and blamed Kyiv for supposedly breaking its commitments under the Minsk accords of 2014-15 Moscow sees itself as a “mediator” in the internal “Ukrainian” conflict between Kyiv with the inhabitants of eastern Ukraine.

The Russian leader reiterated his warning to the West that “any further NATO expansion eastward is unacceptable” and accused Washington of placing weaponry unacceptably close to Russia’s borders.

“Is it us who are putting missiles near the US borders?” he said. “No, it’s the US who came to our home with their missiles. They are already on the threshold of our home. Is it some excessive demand not to place any offensive systems near our home?”

Needless to say, he made no mention of Russian missiles deployed in Russia’s western Kaliningrad region, or in Russian-occupied Crimea and Russia’s militarization of the Black Sea and the Sea of Azov, nor of Ukraine’s right to self-determination and security guarantees of its own

In short, Putin is continuing to play for the highest stakes through reckless brinkmanship and extortion. Whether this is bluff and maneuvering to secure concessions or militarism out of control will be seen in the coming day or weeks.