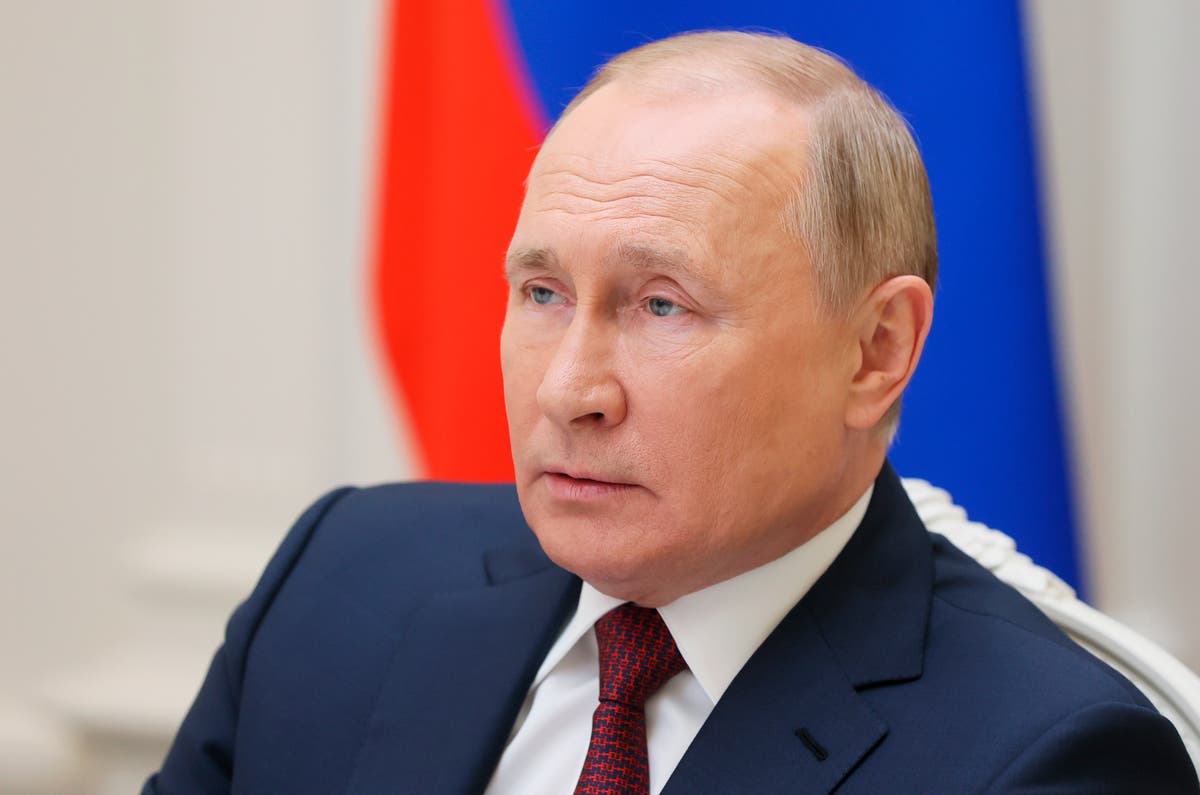 President Vladimir Putin said Wednesday that Moscow would seek Western guarantees that would preclude any further NATO expansion and deployment of its weapons near Russia s borders.

Putin’s statement came amid Ukrainian and Western worries about an alleged plan by Moscow to invade Ukraine. Russian diplomats countered them Wednesday by expressing concern about Ukraine’s military buildup near the area of the separatist conflict in the country’s east.

Speaking at a Kremlin ceremony where he received credentials from foreign ambassadors, Putin emphasized Russia will seek “strong, reliable and long-term guarantees of its security.”

“In a dialogue with the United States and its allies we will insist on working out specific agreements that would exclude any further NATO moves eastward and the deployment of weapons systems that threaten us in close vicinity to the Russian territory,” Putin said.

He said that Russia is offering the West to engage in detailed talks on the issue, adding that Moscow would need “legal guarantees of its security.” The Russian leader noted that such agreements should take into account interests of all countries.

Putin’s statement came a day after he sternly warned NATO against deploying its troops and weapons to Ukraine, saying it represents a red line for Russia and would trigger a strong response.

Tensions have been soaring in recent weeks about a Russian troop buildup near Ukraine, which worried Ukrainian and Western officials, who saw it as a possible sign of Moscow’s intention to invade its ex-Soviet neighbor. NATO foreign ministers warned Russia on Tuesday that any attempt to further destabilize Ukraine would be a costly mistake.

The Kremlin has insisted it has no such intention and has accused Ukraine and its Western backers of making the claims to cover up their own allegedly aggressive designs.

Russian Foreign Minister Sergey Lavrov said the concentration of Ukrainian troops looks “alarming,” adding that he was going to raise the issue during a ministerial meeting in Stockholm of the Organization for Security and Cooperation in Europe on Thursday. He again assailed Ukraine for failing to meet its obligations under a 2015 peace deal signed in Minsk that was brokered by France and Germany.

“Kyiv is becoming increasingly insolent in its aggressiveness towards the Minsk agreements, the Russian Federation, and in its attempts to provoke the West to support its military ambitions,” Lavrov said in remarks in the upper house of Russia’s parliament.

The Russian Foreign Ministry said that Lavrov was scheduled to meet with U.S. Secretary of State Antony Blinken on the sidelines of the meeting.

Russian Foreign Ministry spokeswoman Maria Zakharova said that Ukraine has amassed about 125,000 troops — about half of the size of its military — near the conflict zone. She also pointed at an increasing number of violations of a cease-fire in the east.

Russia annexed Ukraine’s Crimean Peninsula in 2014 after the country’s Kremlin-friendly president was driven from power by mass protests and also threw its weight behind a separatist insurgency that broke out in Ukraine’s eastern industrial heartland known as Donbas. More than 14,000 people have died in the fighting.

Ukraine and the West accused Russia of sending its troops and weapons to back the rebels. Moscow denied that, charging that Russians who joined the separatists were volunteers.

In Wednesday’s address to parliament, Ukrainian President Volodymyr Zelenskyy called for negotiations with Russia to end the conflict in the east.

“We must tell the truth — we wouldn’t be able to stop the war without direct talks with Russia,” Zelenskyy said. “We aren’t afraid of a direct dialogue.”

The Kremlin responded by reaffirming its long-held stance that Russia isn’t a party to the conflict in eastern Ukraine, describing the fighting in the east as a civil war. It emphasized that it expects Kyiv to meet its obligations under the 2015 Minsk agreement.

“The war in Donbas is Ukraine’s internal business,” Kremlin spokesman Dmitry Peskov told reporters. “We know about the attempts to cast Russia as a party to the conflict, but it’s not so. It’s only possible to end the war in Donbas through talks between Ukrainians.”

Peskov said that the Ukrainian troop concentration in Donbas could herald an attempt by Kyiv to reclaim control of the rebel-held territory.

“It makes us worry that inclinations to solve the Donbas problem by force could prevail,” Peskov said. “It’s a very dangerous adventurism.”

Yuras Karmanau in Kyiv, Ukraine contributed to this report.