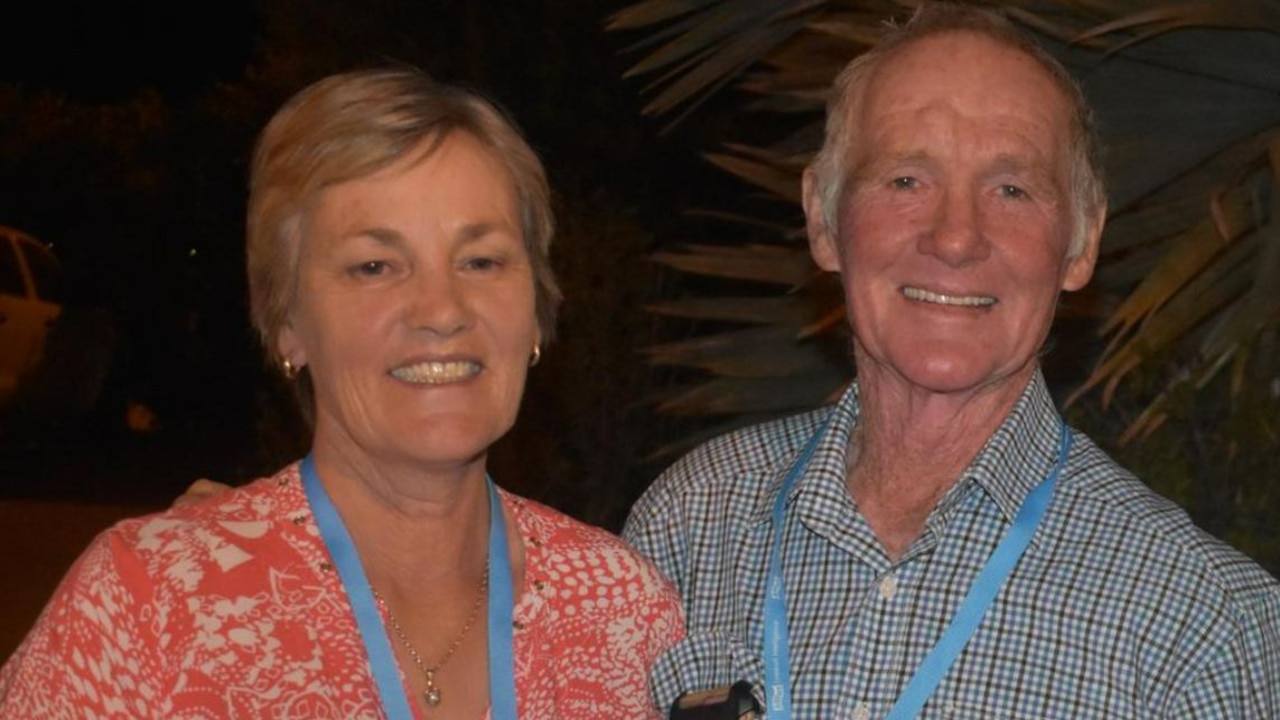 The person who allegedly gunned down a family in North Queensland is in police custody.

Mervyn and Maree Schwarz and her son Graham Tighe were killed on remote farmland in the town of Bogie, on Thursday.

Ross Tighe – Graham’s brother – survived the shooting and is fighting for life.

He was in a serious but stable condition at Mackay Hospital with a single gunshot wound in his stomach.

An exclusion zone was later put in place as police hunted down the shooter.

Mackay District Superintendent Tom Armitt told the Today Show on Friday “the person who has been nominated as the alleged gunman is with us here in custody”.

Police spoke to five people on Thursday night in relation to the shooting, with three still in custody as of Friday morning.

Charges are yet to be laid by police as their investigation is still active.

Ross is said to have fled the scene and alerted police to the shooting after miraculously walking “many, many kilometres” after being shot.

“We believe that the male was able to extract himself from the area when he was spoken to by a police officer many, many kilometres away from the crime scene,” Mr Armitt said on Thursday.

“He was fleeing from the scene …. he was able to tell police that he had been shot and three others (were) also shot.”

Ross was interviewed by police on Thursday night and detectives will speak to him again on Friday.

Reports have suggested the shooting could be linked to a property dispute over a boundary line.

Mr Armitt said on Friday he could not got into too much detail, but confirmed the parties involved were neighbours and that “some conversation has occurred between” them.

“(This) resulted in a meeting up of the parties at the boundary line in the early hours of yesterday (Thursday) morning when the incident occurred,” he said.

Emergency crews were called to a property in Bogie – a small outback mining town in the Whitsundays near Collinsville – at 8.54am on Thursday.

Queensland Police first received a call from the injured man around 9am, who reported that multiple people had been injured near Collinsville, west of Airlie Beach.

After finding the sole survivor in a vehicle at Flagstone, an emergency declaration was made at 11.30am under the Public Safety Preservation Act, with boundaries encompassing Sutherland Rd, Normanby Rd, Mount Compton Rd and Starvation Creek.

Opal Ridge Motel staff member Elly Colls told The Guardian she was alerted to the incident at 11am.

She said when she received the call from another local, she thought she should lock up her house as she didn’t think they had found the shooter.

Bogie’s population is 207 people, according to the latest census data.

Locals from nearby Bowen and Collinsville described the incident as “unusual” and “strange” for the usually quiet area.

“There haven’t been many shootings there (Bogie) before … it’s very unusual,” a business owner in Collinsville said.

An RACQ spokesperson told Yahoo News Australia “early accounts are three in the paddock and one in the home”.