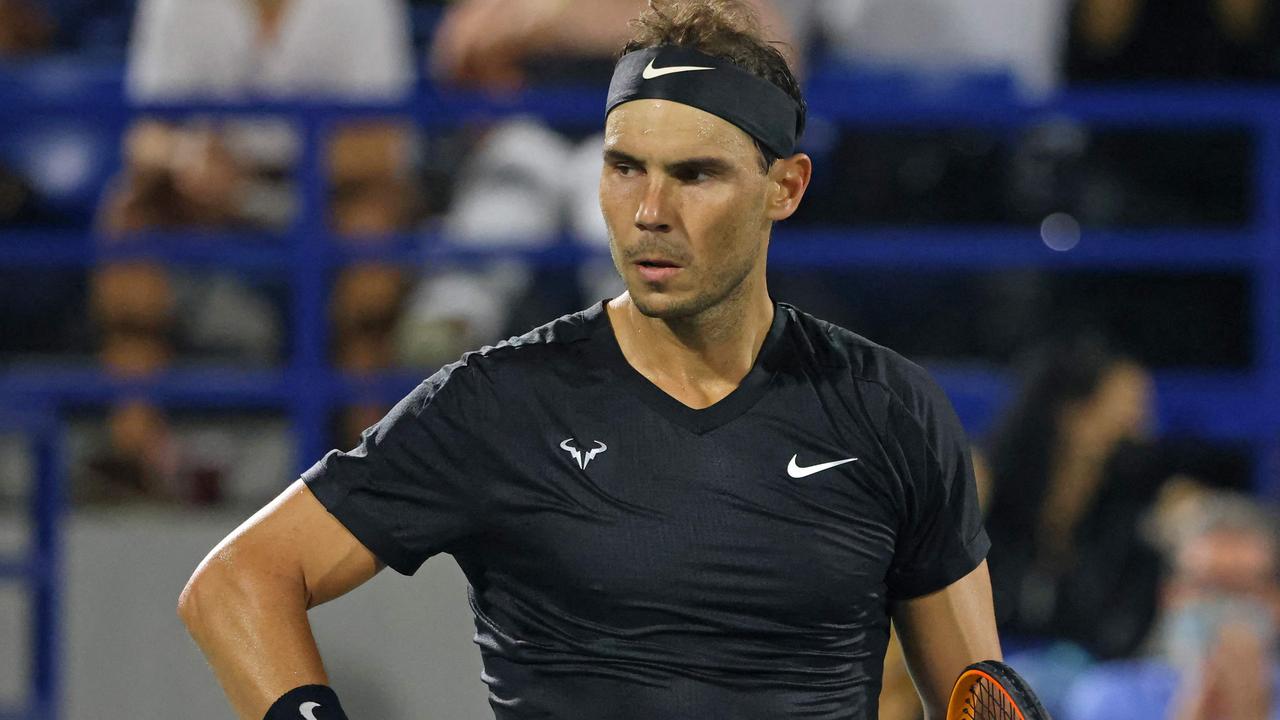 It’s unclear if Rafael Nadal will contest the Australian Open after he revealed he tested positive to Covid as he recovers from an injury.

Rafael Nadal has revealed he tested positive for Covid-19 on his return to Spain from Abu Dhabi where he took part in an exhibition tournament last week.

“I am going through some unpleasant moments but I trust that I will improve little by little. I am now confined at home and have informed the people who had been in contact with me,” he wrote on Twitter.

“As a consequence of the situation, I have to have total flexibility with my calendar and I will analyse my options depending on my evolution,” the 35-year-old added.

“I will keep you informed of any decisions about my future tournaments.”

The Spanish former world No. 1 had been due to fly to Melbourne later this month to compete in an ATP event ahead of the Australian Open.

The 20-time major champion has struggled with a foot injury for the past six months — forcing him to miss both Wimbledon and the US Open.

Nadal lost to another former world number one Andy Murray in an exhibition match on Friday in Abu Dhabi, his first match since August.

He then lost to Wimbledon semi-finalist Denis Shapovalov of Canada on Saturday.

Despite missing almost half the season, he finished 2021 ranked No. 6 in the world after picking up two titles in Barcelona and Rome and making the semi-finals at the French Open and the quarters at the Australian Open.

His positive Covid test casts serious doubt over Nadal’s participation in January’s Australian Open, after he admitted over the weekend there was “no guarantee” of his involvement”.

Australian Open chiefs are sweating over the availability of several big stars as the start of the grand slam tournament nears.

Debate about Covid-19 protocols, in particular the vaccination mandate, has dominated discussion, but mounting injuries and illness are becoming a concern.

Dominic Thiem’s announced he won’t contest the ATP Cup or Sydney Tennis Classic – of which he was the headline act for the men – also casting doubt on whether he will play in the Australian Open.