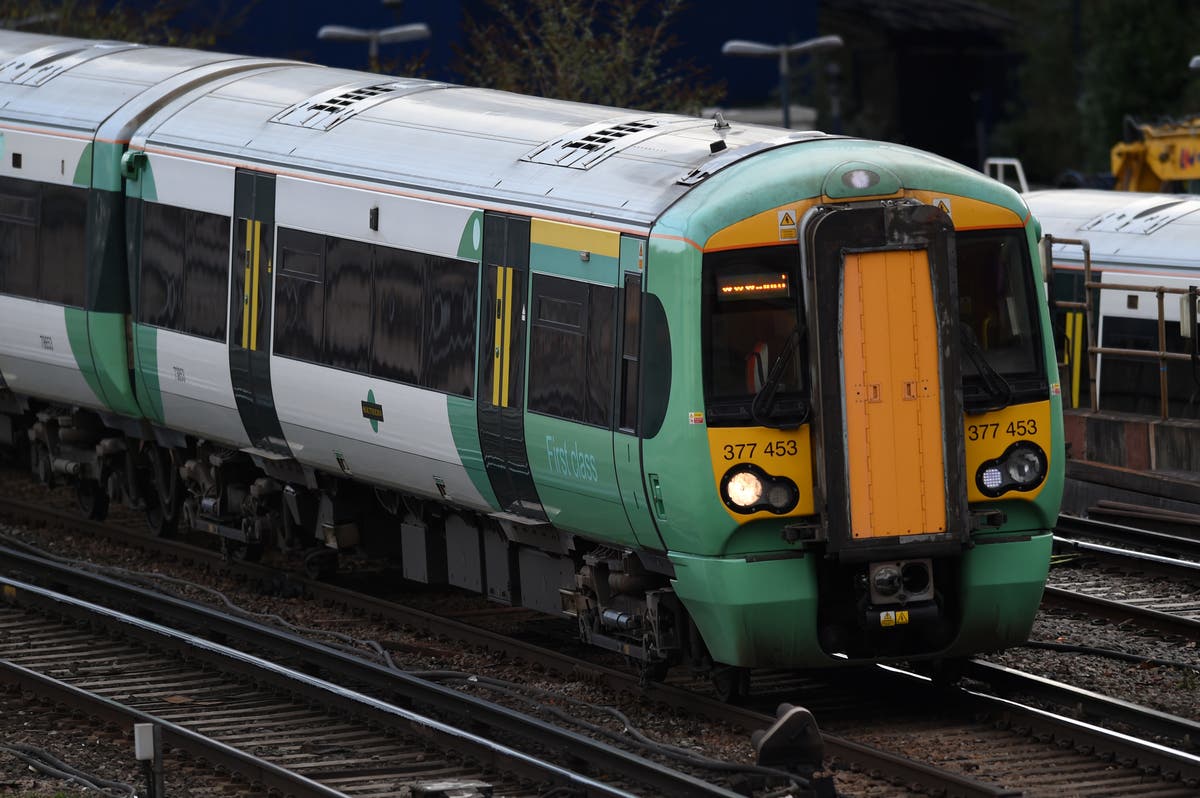 Train operators are cancelling hundreds of services due to staff absences as the Omicron variant sweeps across the the UK.

Many passengers hoping to travel for the new year can expect disruption thanks to the staffing issues, as well as a strike by employees of one of the main inter-city train companies.

One of the main operators affected is CrossCountry, which serves Scotland, northern England, the Midlands and the south coast.

The union says it is taking industrial action because of what it calls “a systematic attempt by CrossCountry to undermine the role of the senior conductors and train managers by drafting in other staff to do their jobs.”

In other travel news, Germany is set to lift its ban on UK visitors from Tuesday, with fully vaccinated travellers able to swerve quarantine.

Ryanair has cancelled 28 routes from January 10, according to Danish aviation website Check In.

Flights from London Stansted Airport to Aalborg and Liverpool to Copenhagen will be affected, as well as others to Billund and Aarhus.

The cancellations were due to a decline in ticket sales amid the current surge of Omicron cases, Aalborg Airport director Niels Hemmingsen told Denmark’s TV2 Nord.

“That is how the situation is at the moment. We follow the development both nationally and internationally, and hope it will normalize as soon as possible,” he added.

While travel restrictions continue to entangle the world, some airlines are looking ahead. According to the Belgian website Aviation24.be, Icelandair is planning to launch a link from Iceland to Narsarsuaq, southern Greenland, from 1 April 2022.

The service will use a 76-seat Dash 8-400 propeller jet. The airline has yet to decide whether it will operate from the city-centre Reykjavik airport or Keflavik, the main international hub where all British flights arrive.

The link will offer a cheaper option to reach the vast country for UK visitors – most of whom use the Air Greenland link from Copenhagen to Kangerlussuaq.

Amtrak cancels US train services due to Omicron spread

The US rail operator Amtrak has cut back its schedule between New Year’s Eve and 6 January due to staff absences amid a spike of Covid-19 cases among employees, the Washington Post is reporting.

Around 24 trains will be affected, according to the operator – around 1.5 per cent of their total services.

“Amtrak regrets any inconvenience,” they said in a statement.

“We are continuing to monitor changing conditions and will make any further adjustments as required.”

Simon Calder’s message to leaders: ‘You can’t ban your way out of trouble’

As the Omicron variant of coronavirus causes record numbers of infections in many nations, the travel correspondent of The Independent has called for governments to ease international restrictions.

“Despite their manifest failures, the rules remain stubbornly in place on the obstacle course formerly known as travelling abroad.”

The latest breaking news, comment and features from The Independent.

In a change to its guidance on Thursday, CDC officials moved cruise ship travel to its highest-risk list, Level 4, saying: “Avoid cruise travel, regardless of vaccination status.”

This is a blow for the cruise industry, which only began voyages in July after over a year of shutdown and major financial losses.

Most cruise lines that are operating insist on full vaccination for adult passengers and mask wearing onboard.

However, several recent high-profile outbreaks have raised concerns about the possibilities of transmission on cruise liners.

More than 1,000 flights to, from and within the US have been cancelled today as airlines battle with rising Covid cases among pilots and cabin crew.

According to the flight-tracking service FlightAware, United has cancelled 204 flights while jetBlue has grounded 144.

New York-based JetBlue has cancelled almost 100 flights each day for the next fortnight in response to staff sickness.

Meanwhile passengers on two British Airways long-haul flights due at London Heathrow on New Year’s Eve have been delayed due to technical problems.

BA272 from San Diego in California, due in at 1pm, has been cancelled.

A spokesperson for British Airways said: “We’ve been in contact with customers to apologise for the delays to their journey and have offered alternative options.”

The Independent understands that most passengers have been booked on other flights. Those who arrive over four hours late are entitled to £520 each in compensation.

Confused about where you can travel to in Europe at the moment? Worried about last-minute rule changes affecting your holiday?

Whatever your travel dilemma, The Independent’s expert Simon Calder will be on hand to answer all your latest travel questions in an ‘Ask me Anything’ event later today (Friday, 31 December). He will be answering live in the comments section below between 1pm and 2pm.

Ferry disruption in Scotland due to Omicron

The current rate of coronavirus infections in Scotland is running at one new case every five seconds.

As a result, many transport services are severely affected. Caledonian MacBrayne says ferry cancellations at short notice are possible on some routes “due to a number of crew members awaiting Covid test results”.

The ferry from Wemyss Bay, west of Glasgow, to Rothesay on the isle of Bute has been running all week with one ship, not two, after a crew member tested positive.

Meanwhile, the Lord of the Isles ship that would normally be sailing between the mainland and Lochboisdale in South Uist is currently being deep cleaned in Oban, with all New Year’s Eve services cancelled.

Northlink is operating to plan between the mainland, Orkney and Shetland. But ahead of Hogmanay most ships are in port and will be staying there until Sunday.

Which regions are affected by train cancellations?

Rail passengers between Scotland and England are experiencing widespread problems.

CrossCountry has cancelled most of its trains due to a strike by members of the RMT union in a dispute over the role of guards.

The train operator says “We will only be able to run a very limited timetable” and is advising passengers to avoid travel today if they can. A skeleton service is operating between Edinburgh and Plymouth.

On other operators, there are multiple short-notice cancellations and curtailments. The Avanti West Coast train from Edinburgh Waverley due to arrive at London Euston at 12.36pm left the Scottish capital late after waiting for crew, and is running no further than Wolverhampton. TransPennine Express is cancelling or curtailing dozens of trains, including some between Manchester airport and Glasgow.

LNER, the main operator on the East Coast main line from Scotland to London King’s Cross via northeast England and Yorkshire is running closely to schedule – though it warns: “Further short-notice cancellations and amendments to services are likely throughout the day.”

Here’s everything we know so far:

Good morning and welcome to The Independent’s travel liveblog, where we’ll be posting all the latest news and updates.